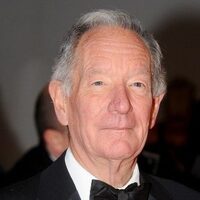 Michael Buerk Net Worth: Michael Buerk is an English journalist and newsreader who has a net worth of $3 million. Michael Buerk was born in Solihull, Warwickshire, England in February 1946. His reporting of the Ethiopian famine in 1984 inspired the Band Air charity record and the Live Aid concert. He has hosted BBC Radio 4's The Moral Maze since 1990. He started his journalism career with the South Wales Echo and the Daily Mail. In 1970 he joined Radio Bristol and he became a reporter for BBC News in 1973. He has worked on the television programs BBC Points West, BBC Midlands Today, BBC Nine O'Clock News, BBC Ten O'Clock News, BBC One O'Clock News, BBC Breakfast, 999, The Choice, A Royal Wedding, Total Eclipse, The One Show, Pineapple Dance Studios, Britain's Secret Treasures, Inside the National Trust, Britain's Secret Homes, and I'm a Celebrity…Get Me Out of Here!. In 1985 Buerk won a BAFTA TV Award for Best Actuality Coverage for Nine O'Clock News for his coverage of the Ethiopian famine.