Michael Boatman Net Worth: Michael Boatman is an American actor and writer who has a net worth of $6 million. Born in Colorado Springs, Colorado, in 1964, Michael Boatman studied acting at Western Illinois University. He was heavily involved in theater productions and comedy while in college, earning the Irene Ryan Theater Award for Best Supporting Actor just before graduation.

Boatman made his on-screen debut as Private Ray Motown in 1987's "Hamburger Hill". He went on to appear in "Running on Empty", "China Beach", "Quantum Leap", "The Jackie Thomas Show", "The Glass Shield", and "Living Single" before landing the role of Carter Sebastian Haywood on "Spin City" in 1996. Boatman starred as Haywood on 145 episodes until 2002. During the same time, he also appeared in a recurring role as Stanley Babson on more than 30 episodes of "Arli$$". Boatman's later roles include parts on "Scrubs", "Grey's Anatomy", "Hannah Montana", "The Good Wife", and "Anger Management". In addition to his acting career, Boatman is a novelist and screenwriter and enjoys writing horror. His work appears in collections such as "God Laughs When You Die", "Until Someone Loses An Eye", "Badass Horror", "Sick Things: An Anthology of Extreme Creature Horror", and "Christmas in Hell". Boatman published his debut novel, "The Revenant Road", in 2009. He has been married to his wife, Myrna Forney, since 1992. They have four children together. 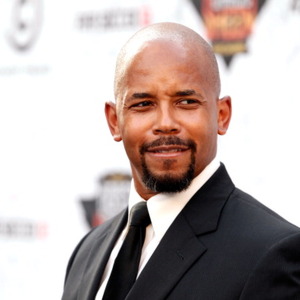