Michael B. Jordan Net Worth

Early Life: Michael B. Jordan was born Michael Bakari Jordan on February 9, 1987, in Santa Ana, California. He grew up in Newark, New Jersey, with mother Donna (a high school career counselor), father Michael (a caterer), older sister Jamila, and younger brother Khalid. Michael studied acting and played basketball at Newark Arts High School, which he graduated from in 2005. During his childhood, Jordan did modeling work for Toys "R" Us, Modell's Sporting Goods, and several other companies and booked his first acting role when he was 12 years old.

Career: Jordan made his acting debut in a 1999 episode of HBO's "The Sopranos," and that year he also appeared on CBS sitcom "Cosby" and the film "Black and White." In 2001, he landed a role in "Hardball," co-starring with Keanu Reeves and Diane Lane. The following year, Michael appeared in 12 episodes of critically-acclaimed HBO series "The Wire," and in 2003, he replaced future "Black Panther" co-star on ABC soap opera "All My Children." Jordan stayed on the show until June 2006, appearing in 59 episodes and earning award nominations from the "Soap Opera Digest" Awards and the NAACP Image Awards. He guest-starred on crime dramas "Without a Trace," "CSI: Crime Scene Investigation," and "Cold Case" before playing a lead role in the 2007 film "Blackout." In 2009, Michael appeared in the film "Pastor Brown" as well as episodes of "Burn Notice" and "Bones." That year, he also appeared in all 13 episodes of Canadian sitcom "The Assistants" and began a 26-episode stint on NBC football drama "Friday Night Lights."

In 2010, Jordan was featured in "Nylon" magazines Young Hollywood Issue as one of the "faces of the future," guest-starred on "Lie to Me" and "Law & Order: Criminal Intent," and joined the cast of NBC's "Parenthood," appearing in 16 episodes. Michael was ranked #80 on BuddyTV's list of "TV's Sexiest Men of 2011," and in 2012, he guest-starred on Fox medical drama "House" and appeared in the films "Red Tails" and "Chronicle." Jordan earned several awards for his performance as shooting victim Oscar Grant in 2013's "Fruitvale Station," and both "People" and "Variety" singled him out as an "actor to watch." "GQ" and "Entertainment Weekly" both named Michael one of the breakout stars of 2013. In 2015, he played Johnny Storm in "Fantastic Four," which was considered a flop, but later that year, he earned critical acclaim when he played the son of Apollo Creed in "Rocky" sequel/spin-off "Creed." The film grossed $173.6 million at the box office, and its sequel, 2018's "Creed II," out-earned it with $214.1 million.

In 2018, Michael played villain Erik "Killmonger" Stevens in "Black Panther," which earned 7 Academy Award nominations and grossed an astounding $1.347 billion at the box office, making it the year's second-highest-grossing film. A sequel is in the works, set to be released in 2022. Jordan also starred in and produced HBO's "Fahrenheit 451" that year; he served as an executive producer on 2019 animated web series "Gen:Lock" and Netflix's "Raising Dion" as well. In 2019, he played defense attorney Bryan Stevenson in "Just Mercy," which tells the true story of a man who was falsely convicted of murder, and earned an NAACP Image Award for his performance. In 2018, Michael was cast in "Without Remorse," a film based on a Tom Clancy novel, as former Navy SEAL John Clark; the movie was scheduled to be released in 2020 but has been delayed until February 2021 due to the Coronavirus pandemic. 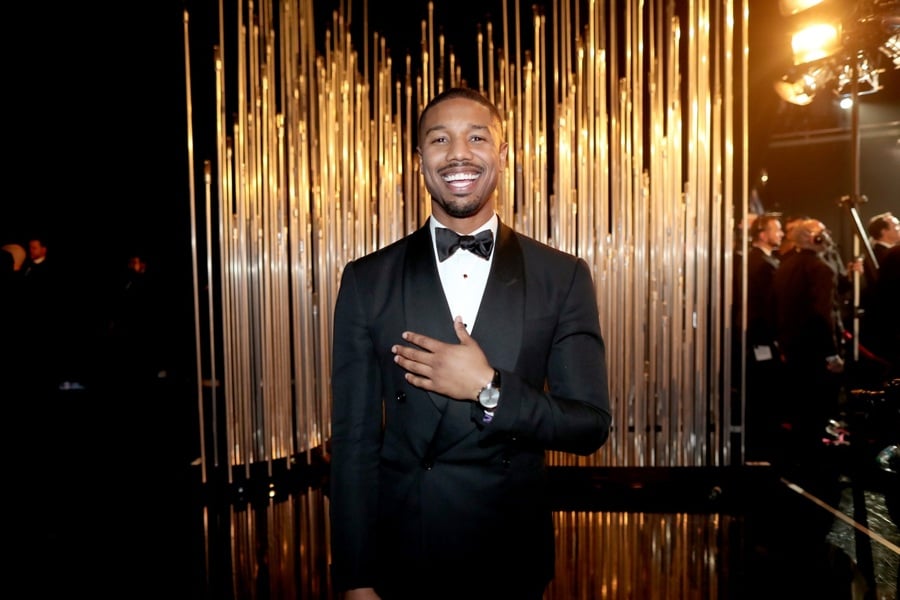 Personal Life: Michael has reportedly dated singer Iggy Azalea, actress and model Catherine Paiz, model Ashlyn Castro, and actress Kiki Layne. Jordan has been a fan of anime since childhood, and in 2019, he designed a line of anime-inspired products for Coach.

Awards and Nominations:  In 2013, Jordan won a Hollywood Film Award, Gotham Award, National Board of Review of Motion Pictures award, Satellite Award, and Santa Barbara International Film Festival award for his performance in "Fruitvale Station." In 2015, "Creed" earned him awards from the African-American Film Critics Association, the Boston Online Film Critics Association, the Black Reel Awards, and the National Society of Film Critics, and in November of that year, Newark mayor Ras Baraka presented Michael with a key to the city.

In 2018 and 2019, Jordan earned a Best Villain MTV Movie & TV Award, San Francisco Film Critics Circle award, Seattle Film Critics Society award, Teen Choice Award, and Online Film Critics Society award for "Black Panther," and he shared a Screen Actors Guild Award with his castmates. In 2019, Michael also received the Cinema Vanguard Award at the Santa Barbara International Film Festival for his work in "Black Panther" and "Creed II." He has also been honored by the Acapulco Black Film Festival (2014), the BET Awards (2016, 2019, and 2020), the Black Film Critics Circle Awards (2015), and the Black Reel Awards (2016 and 2019). Jordan won NAACP Image Awards for "Creed" (2016), "Fahrenheit 451" (2019), "Black Panther" (2019), and "Just Mercy" as well as their Entertainer of the Year Award in 2016.

Real Estate: In 2016, Jordan paid $1.7 million for a 4,627 square foot house in Sherman Oaks, California, and lived there with his parents. In 2019, he moved into his own place, a 4,530 square foot home in the Hollywood Hills that he purchased from model/entrepreneur Daisy Fuentes for $5.8 million. 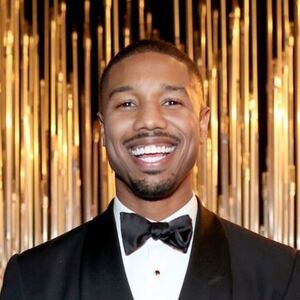