Micaela Ramazzotti Net Worth: Micaela Ramazzotti is an Italian actress who has a net worth of $10 million. Born in Rome, Italy, in 1979, Micaela Ramazzotti made her on-screen debut in 1998, appearing in "Una donna per amico". She had several other parts at the end of the decade before playing the title character in 2000's "Zora the Vampire" alongside Toni Bertorelli, Raffaele Vannoli, Carlo Vedone, and Ivo Garrani. She appeared in several short movies and mini TV series before landing the part of Veronica in 2006's "Non prendere impegni stasera", winning a Wella Prize for her performance. In 2008, Ramazzotti was nominated for a David di Donatello Award and a Golden Ciak Award for Best Supporting Actress for playing Sonia in "Your Whole Life Ahead of You". She won the Golden Ciak for 2009's "Questione di Cuore" and earned a nomination for an Italian Golden Globe Award for Best Actress. A year later, she won Best Actress honors at the David di Donatello and Nastro d'Argento Awards. In 2012, she own the same Nastro d'Argento for "The Big Heart of the Girls" and was nominated for another David di Donatello Best Actress honor for "A Flat for Three". Ramazzotti earned her second Italian Golden Globe Award for Best Actress nomination for playing Serena in 2013's "Those Happy Years". She has been married to her husband, director and producer Paolo Virzi, since 2009. They have two children together. 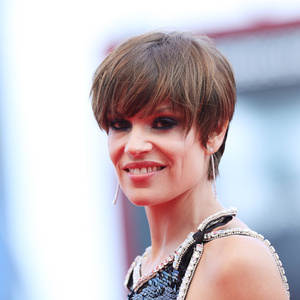