Mia Kirshner net worth: Mia Kirshner is a Canadian actress who has a net worth of $2 million dollars. Mia Kirshner is best known for her roles in the two television series The L Word and 24. She has also guested on The Vampire Diaries. She played the leading role in the film Black Dahlia, directed by Brian De Palma in 2006.

She received excellent reviews, though the movie itself was criticized. Other films include 30 Days of Night: Dark Days and Not Another Teen Movie. She also appeared in Murder in the First, The Grass Harp, Mad City and Saturn. She started her career at age 15 in Love and Human Remains. She was nominated for a Genie for her work in the film, in which she played a young dominatrix. Two other early movies were Exotica for Atom Egoyan and The Crow: City of Angels. She was born in 1975 in Toronto, Ontario. Her grandparents were Holocaust survivors and her parents were war refugees, facts that have influenced her to become socially active. She co-wrote with three other authors the book I Live Here. It was well received and profits went to Amnesty International. It is a chronicle of four groups of women and children refugees in Chechnya, Juarez, Burma and Malawi. The recognition she has received is wide ranging. For her looks, Maxim magazine listed her at 43 of the Hot 100 Women of 2002. For her social activism, Massachusetts Institute of Technology had her teach a month long course on I Don't Live Here in 2009. 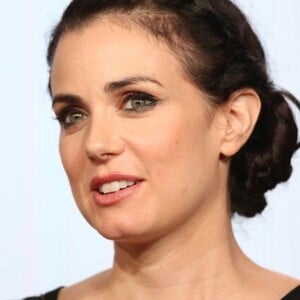