Mia Frye Net Worth: Mia Frye is an American actress, musician, and dancer who has a net worth of $2 million. Born Nina Elisabeth Arvensen in New York City, New York, in 1965, Mia Frye moved to France with her mother when she was 12 years old. There, she enrolled in a dance school and soon became a dance teacher.

During the late '70s, Frye started landing roles on Gesip Legitimus' entertainment programs. Before her 18th birthday, she started working as a dance choreographer, which would lead to her most famous role to date. Frye is best known for choreographing and starring in Los del Rio's music video for the popular song the "Macarena". She has said that she wanted the dance to be something even a young child could master. Frye has since choreographed for Wes Madiko and Sheila. In addition to her dance career, Frye has been on several French reality programs, including "Popstars", "La Ferme Celebrities", and "Encore une chance". Her TV and film credits include 1990's "Nikita", 1997's "Le Cinquiemie Element", 2000's "The Dancer", 2002's "48H avec Mya Frye", 2003's "Les Filles du calendrier sur scene", 2004's "Podium", and 2006's "The Black Dahlia". Frye still lives in France and continues dancing and choreographing. 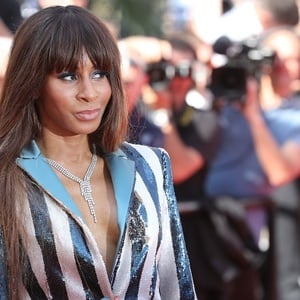