Merrin Dungey Net Worth: Merrin Dungey is an American actress who has a net worth of $3 million. Merrin Dungey was born in 1971 in Sacramento, California. She participated in ballet, dance, and ice skating as a child before deciding to pursue her bachelor's degree at the University of California at Los Angeles.

Dungey made her on-screen debut in an episode of "Martin" in 1995, playing Monique. She followed that up with several more small TV parts, appearing on "Living Single", "Party Girl", "Caroline in the City", "Seinfeld", "Saved by the Bell: The New Class", and "The West Wing", before landing the part of Kelly Palmer on the hit series "The King of Queens" in 1999. Dungey appeared alongside Kevin James and Leah Remini from 1999 until 2007 with credits in close to 40 episodes. She also had recurring parts on "Malcolm in the Middle" and "Grosse Pointe". In 2001, she appeared as Francie Calfo and Allison Doren in nearly 50 episodes of "Alias". Dungey starred as Susannah Rexford in "Summerland" and has since gone on to take primarily smaller TV roles, including "The Closer", "Better Off Ted", "How to Live with Your Parents", "Brooklyn Nine-Nine", "Trophy Wife", and "Shameless". Dugney's film credits include "Deep Impact", "EDtv", "The Sky Is Falling", "Life Happens", and "How to Make Love Like an Englishman". She has been married to her husband, Matthew Drake, since 2007. They have two children together. 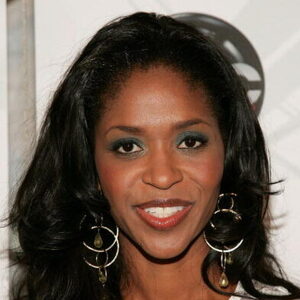