How much is Merle Oberon Worth?

Merle Oberon net worth: Merle Oberon was a British actress who had a net worth equal to $4 million at the time of her death in 1979. She was best known for staring in films such as The Private Life of Henry VIII, The Scarlet Pimpernel, and The Dark Angel.

Merle Oberon was married to Alexander Korda from 1939 to 1945, Lucien Ballard from 1945 to 1949, Bruno Pagliai from 1957 to 1973, and Robert Wolders from 1975 until her passing. She was involved in a serious traffic collision in 1937 resulting in facial injuries that almost ended her career. She was nominated for an Academy Award for Best Actress in a Leading Role for The Dark Angel and received a star on the Hollywood Walk of Fame at 6274 Hollywood Blvd. Merle Oberon passed away on November 23, 1979 at 68 years old. 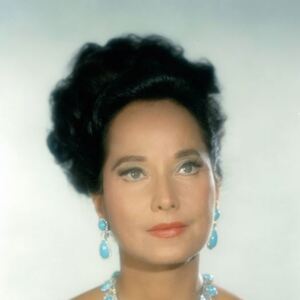