What is Meredith Baxter's Net Worth?

Meredith Baxter is an actress and producer who has a net worth of $7 million. Meredith Baxter is best known for her roles on the television series "Bridget Loves Bernie," "Family," and "Family Ties." She also received acclaim for her starring role in the television film "A Woman Scorned: The Betty Broderick Story." On the big screen, Baxter has appeared in such films as "All the President's Men," "Bittersweet Love," and "Paradise Texas."


Meredith Baxter was born on June 21, 1947 in South Pasadena, California to radio announcer Tom Baxter and actress, producer, and director Whitney Blake. She has two older brothers named Richard and Brian. In 1953, Baxter's parents divorced; she and her siblings were subsequently raised by their mother. As a teen, Baxter went to James Monroe High School before transferring to Hollywood High School. She briefly attended Interlochen Center for the Arts during her senior year.

Baxter first appeared on television in 1971, when she was in episodes of "The Young Lawyers," "The Doris Day Show," and "The Partridge Family." She was subsequently in an episode of the legal drama "Owen Marshall, Counselor at Law" in 1972.

Baxter had her breakthrough role on the CBS sitcom "Bridget Loves Bernie," which ran from 1972 to 1973. On the show, she starred as Bridget Fitzgerald, an Irish Catholic teacher who marries a Jewish cab driver named Bernie Steinberg, played by her real-life future husband David Birney. Following this, Baxter starred in the television films "The Invasion of Carol Enders" and "The Cat Creature," and appeared in episodes of "Doc Elliot," "Barnaby Jones," "Medical Center," and "Medical Story." In the mid 70s, she had roles in the television films "The Stranger Who Looks Like Me," "Target Risk," "The Imposter," and "The Night That Panicked America."

Baxter's biggest year yet came in 1976; in addition to appearing in episodes of "City of Angels," "Wide World of Mystery," and "Police Woman" that year, she began playing the main character of Nancy Lawrence Maitland on the acclaimed ABC drama series "Family." The show ran for five seasons through 1980, and earned Baxter two Emmy Award nominations. During her time on the program, she appeared on "The Love Boat," in the NBC miniseries adaptation of "Little Women," and in the television film "The Family Man." 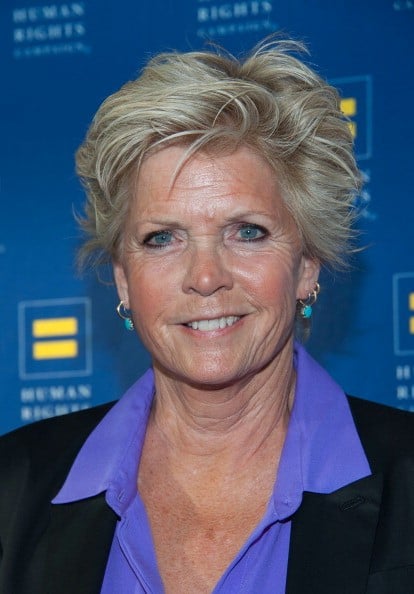 In the early 80s, Baxter appeared in the miniseries "Beulah Land" and starred in the HBO television presentation of the stage play "Vanities." She landed her biggest television role in 1982, when she began playing matriarch Elyse Keaton on the NBC sitcom "Family Ties." A major success with critics and audiences, the series ran for seven seasons through 1989. Baxter appeared in many television films during this time, including "The Rape of Richard Beck," "Kate's Secret," "The Long Journey Home," "The Diaries of Adam and Eve," and "Winnie."

Baxter continued to appear in numerous television films following the conclusion of "Family Ties." Her credits included "The Kissing Place," "Burning Bridges," "Bump in the Night," and "A Woman Scorned: The Betty Broderick Story," for which she earned an Emmy Award nomination for Outstanding Lead Actress in a Miniseries or Special. Baxter went on to appear in such television films as "Darkness Before Dawn," "My Breast," "Betrayed: A Story of Three Women," and "Dog's Best Friend," many of which she also executive produced. Also in the 90s, she starred on the short-lived ABC sitcom "The Faculty," and appeared in two episodes of the ABC sitcom "Spin City." Baxter continued to be prolific on the small screen in the 2000s. Among her many credits are the television films "A Christmas Visitor," "Shadow on the Mesa," and "Skirtchasers," and the series "Brothers & Sisters," "Cold Case," "Switched at Birth," "The Neighbors," and "Finding Carter."

In 1972, Baxter made her feature film debut in Jackie Cooper's comedy "Stand Up and Be Counted," and also appeared in the horror film "Ben" as the mother of the child protagonist. Four years later, she portrayed the wife of White House staffer Hugh W. Sloan Jr. in the biographical political drama "All the President's Men." The same year, Baxter appeared opposite Lana Turner, Celeste Holm, and Robert Lansing in the romantic drama "Bittersweet Love."

After a long break from the big screen, Baxter returned in 2005 with a supporting role in the family drama "Paradise Texas," playing the wife of Timothy Bottoms' main character. Also that year, she appeared in "The Mostly Unfabulous Social Life of Ethan Green," an adaptation of the gay comic strip by Eric Orner. Baxter's subsequent credits have included "The Onion Movie," "Airline Disaster," and "Undateable John."

Baxter has been wed multiple times. Her first marriage was in 1966 to Robert Lewis Bush; they had two children, Theodore and Eva, and divorced in 1969. Next, in 1974, Baxter married actor David Birney, who had costarred as her husband on the show "Bridget Loves Bernie." Together, they had three children: Kathleen, and twins Mollie and Peter. The couple divorced in 1989. Baxter was subsequently wed to actor and screenwriter Michael Blodgett from 1995 to 2000.

In 2009, Baxter came out as lesbian during an interview on "Today" with Matt Lauer. She was in a relationship with a woman named Nancy Locke, whom she latter married in 2013. Baxter made another revelation on "Today" in 2011, when she alleged physical and emotional abuse from her ex-husband Birney.

In August 2016 Meredith listed her home in Santa Monica, California for $6 million. She ultimately accepted $4.6 million in March of 2017. She probably should have held on to the property because today it is likely worth closer to $8 million. 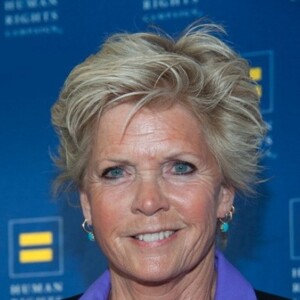