Mélissa Theuriau net worth and salary: Mélissa Theuriau is a French journalist who has a net worth of $18 million dollars. Mélissa Theuriau was born in Echirolles, France in 1978. She earned a news degree from Pierre Mendès-France University and a master's from the Institute of Communication and Media before landing a role as a Match TV reporter in 2002. A year later, Theuriau would become an anchor and travel show host with the well-known network La Chaîne Info. While at La Chaîne Info, Theuriau became popular with the French public and eventually left three years later for a position with Métropole 6, where she is now a co-editor-in-chief and anchor of a television magazine. In 2006, she was voted the most beautiful news reporter in the world by the "Daily Express" and earned the nickname "la bombe cathodique" ("the television bombshell"). Theuriau is heavily involved in several charitable efforts, including developing an organization called "La Rose" to educate young girls with UNICEF. She is married to French actor Jamel Debbouze, and the pair has been voted one of the nation's most popular couples. 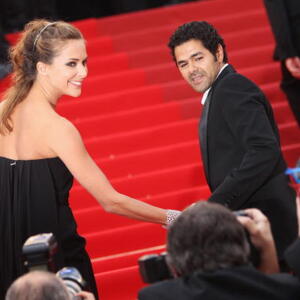