Melissa Rauch Net Worth and Salary

Melissa Rauch is an American actress, writer, director, and producer who has a net worth of $20 million. Rauch is best known for playing Bernadette Rostenkowski-Wolowitz on the CBS series "The Big Bang Theory" (2009–2019).

At the peak of "The Big Bang Theory's" success, Melissa's salary was boosted from $75,000 per episode to $500,000, meaning that she earned $11 million per season. She earned that amount for two seasons.

Melissa Rauch was born Melissa Ivy Rauch on June 23, 1980, in Marlboro Township, New Jersey. She grew up in a Jewish household with mother Susan, father David, and brother Ben. Rauch attended Brookdale Arts Camp as a child, and the theme of her Bat Mitzvah was "Melissa's Comedy Club." She attended Marlboro High School, then enrolled at Marymount Manhattan College, earning a BFA degree in 2002. Melissa started performing stand-up comedy around Manhattan while she was attending college.

Rauch was a regular contributor on VH1's "Best Week Ever" from 2004 to 2008, and she made her film debut in 2006's "Delirious." She guest-starred on three episodes of HBO's "12 Miles of Bad Road" in 2007, and she had a recurring role on NBC's "Kath & Kim" from 2008 to 2009. She appeared in the Paul Rudd-Jason Segel comedy "I Love You, Man" and had an uncredited role in the film "Adventureland" in 2009. Melissa got her big break when she was cast as Bernadette Rostenkowski, love interest of Howard Wolowitz, on "The Big Bang Theory" in 2009; she joined the cast during the show's third season and went on to appear in more than 200 episodes. In 2010, Rauch guest-starred on NBC's "The Office," had a recurring role as Summer on HBO's "True Blood," and appeared in the television film "Wright vs. Wrong." 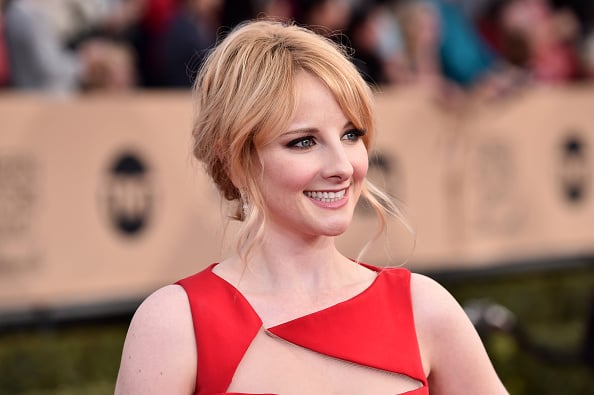 In 2011, Rauch co-starred with Casey Wilson, Jessica St. Clair, June Diane Raphael, and Danielle Schneider in the stage show "The Realest Real Housewives" at the Upright Citizens Brigade Theatre, and she guest-starred on "The Hotwives of Orlando," which was co-created by Schneider, in 2014. She appeared in the films "In Lieu of Flowers" (2013), "Are You Here" (2014), and "Flock of Dudes" (2016), and she starred as gymnast Hope Annabelle Greggory in 2015's "The Bronze." In 2019, Melissa guest-starred on Showtime's "Black Monday," appeared in the romantic comedy "Ode to Joy," and co-starred with Meryl Streep and Gary Oldman in "The Laundromat." Rauch has lent her voice to several projects, including "Ice Age: Collision Course" (2016), "Cats & Dogs 3: Paws Unite!" (2020), "Sofia the First" (2015), and "Robot Chicken" (2019), and she voiced Harley Quinn / Dr. Harleen Quinzel in "Batman and Harley Quinn" (2017).

Melissa met Winston Beigel (now known as Winston Rauch) in college, and they began writing together, collaborating on the stage show "The Miss Education of Jenna Bush" and other projects. They married on October 10, 2009, and they welcomed daughter Sadie in December 2017 and son Brooks in May 2020. When Rauch announced her pregnancy in July 2017, she revealed that she had previously suffered a miscarriage.

"The Big Bang Theory" won a Merit – Honorary Award at the 2020 CinEuphoria Awards, and the series was nominated for six Screen Actors Guild Awards for Outstanding Performance by an Ensemble in a Comedy Series. "The Big Bang Theory" earned Rauch Best Supporting Actress in a Comedy Series nominations from the Critics Choice Television Awards (2013) and Online Film & Television Association (2016), and Melissa and co-stars Kaley Cuoco and Mayim Bialik received a People's Choice Award nomination for Favorite TV Gal Pals in 2014. In 2018, the cast of "Batman and Harley Quinn" earned a Behind the Voice Actors Award nomination for Best Vocal Ensemble in a TV Special/Direct-to-DVD Title or Short.