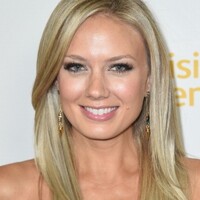 Melissa Ordway net worth: Melissa Ordway is an American actress and model who has a net worth of $2 million. Melissa Ordway was born in Atlanta, Georgia in March 1983. She acted in high school and studied at Georgia State University where she was selected to be a contestant on the MTV reality television series The Assistant. After winning the show Ordway moved to Los Angeles, California to pursue her career in acting and modeling. From 2008 to 2009 she starred as Jordanna in the TV series Privileged. In 2012 Ordway starred in the series Hollywood Heights. In 2013 she had a recurring role as Sydney Price on the television series 90210. Since 2013 Ordway has starred as Abby Newman on the soap opera The Young and the Restless. She has starred in the movies Friendly Fire, 17 Again, Miss March, Elektra Luxx, The Last Song, Bones, Tales of an Ancient empire, Escapee, In Time, A Very Harold & Kumar 3D Christmas, Ted, The Incredible Burt Wonderstone, Odd Thomas, and The Outsider.