Melissa McBride net worth and salary: Melissa McBride is an American actress and former casting director who has a net worth of $9 million. Melissa McBride was born in Lexington, Kentucky in May 1965. She is best known for playing the role of Carol Peletier in the TV series The Walking Dead. She started acting in commercials for Rooms To Go and was a spokeswoman for Ford. She made her television debut in the series Matlock in 1993. McBride's best known role has come since 2010 starring as Carol Peletier in the TV series The Walking Dead. She has also starred in the films Mutant Species, The Dangerous Lives of Altar Boys, The Mist, Diego, and The Reconstruction of William Zero. McBride has also appeared in episodes of the TV series In the Heat of the Night, American Gothic, Profiler, Walker, Texas Ranger, Dawson's Creek, and Conan. In 2014 she won a Saturn Award for Best Supporting Actress in a Television Series for The Walking Dead. She was also nominated for the same award in 2014 at the Critics' Choice Television Awards.

In early seasons, Melissa McBride's salary was $8,500 per episode. As her role became more crucial to the show, Melissa signed a three-year $20 million contract with AMC to continue on the show. 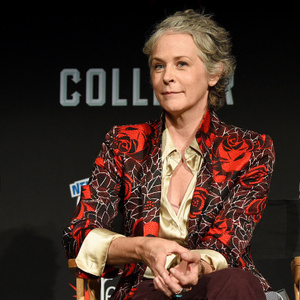