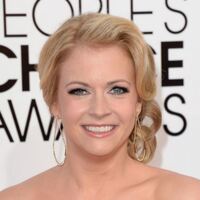 What is Melissa Joan Hart's Net Worth and Salary?

Melissa Joan Hart is an American actress, director, producer, writer, singer and businesswoman who has a net worth of $13 million. Melissa Joan Hart rose to fame on the 1990s Nickelodeon sitcom "Clarissa Explains It All," which aired 65 episodes between 1991 and 1994 over five seasons. She then went on to star on the ABC series "Sabrina the Teenage Witch" which aired 163 episodes between 1996 and 2003 and then became popular in syndication. Between 2010 and 2015 Melissa and Joey Lawrence starred on "Melissa and Joey," which aired 104 episodes over four seasons on ABC Family. Outside of these series Melissa has produced, directed, starred in films and even oversees her own production company, Hartbreak Films.

Melissa Joan Hart was born on April 18, 1976, in Smithtown, New York. Her mother, Paula Voje, worked as a producer and talent manager, and her father, Wiliam Hart, was a carpenter, shellfish purveyor, and entrepreneur that also worked at an oyster hatchery. She grew up in Sayville, New York, with her four siblings—Trisha, Elizabeth, Brian, and Emily—before moving with her mother and siblings to New York City following her parents' divorce in the early 1990s. In 1994, her mother married Leslie Gilliams, a television executive, and through this union she has three half-sisters—Alexandra, Samantha, and MacKenzie.

When she was four years old, Hart made her professional acting debut in a television commercial for the bathtub doll, Splashy. She continued to appear regularly in commercials, and before she turned five she had already starred in 25 of them. Some of her other early work includes appearances on the shows "Kane & Abel" (1985), "The Equalizer" (1986), "Another World" (1986). She also starred in the TV movie "Christmas Snow" (1986), which went on to win an Emmy Award, and in 1989 she was an understudy in a Broadway production of "The Crucible", which starred Martin Sheen.

Hart's big break came in 1991 when she landed the starring role on "Clarissa Explains It All", a Nickelodeon comedy series. The show enjoyed a four-year run, and was highly successful during that period. Her acting on the series was praised, and she even was nominated four consecutive times for Youth Artist Awards; she won three out of the four times she was nominated. Following the end of the show, Hart attended New York University to further her education, but she ultimately dropped out and did not finish her degree because she was offered the title role for the television film "Sabrina the Teenage Witch" in 1996. The popular film was followed by a television series of the same name, which she also starred in. The show aired on ABC and The WB, and lasted for seven seasons until 2003. From 1999 to 2000, Hart also contributed her voice to the animated show "Sabrina: The Animated Series", which ran for 65 episodes. During this same period, she also would guest stars on episodes of the series "Touched by an Angel", and appeared in a number of television movies like "Twisted Desire" (1996), "The Right Connections" (1997), "Two Came Back" (1997), "Silencing Mary" (1998), "Sabrina Goes to Rome" (1998), "Love, American Style" (1999), and "Sabrina Down Under" (1999). Additionally, in 1999, Hart made her directorial debut when she directed an episode of the Disney Channel show "So Weird"; she followed this up by directing an episode of the Nickelodeon show "Tania" in 2001, and between 2001 and 2002 she directed six different episodes of "Sabrina". 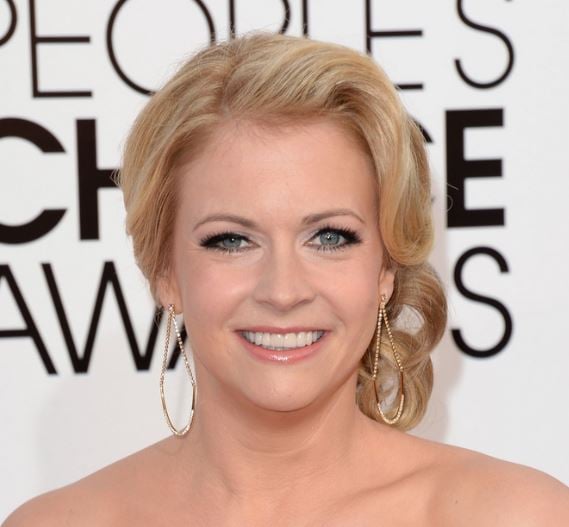 With the end of "Sabrina" in 2003, Hart directed her first movie, "Mute" (2005), which is a 15-minute short film. It stars her sister Emily. She starred in a series of projects, including the television films "Holiday in Handcuffs" (2007) and "My Fake Fiance" (2009), an episode of "Law & Order: SVU" (2007), and directed a music video for Course of Nature, her husband Mark Wilkerson's band. In 2009, she competed on the ninth season of the show "Dancing with the Stars", with professional partner Mark Ballas. In 2010, Hart began starring in the ABC Family sitcom "Melissa & Joey", alongside Joey Lawrence. The premise of the show is that she plays a woman finds herself caring for her incarcerated sister's children, and hires Lawrence's character as a nanny to help. The show aired for four seasons, and ended in August 2015. Other shows she has worked on since include the Netflix series "No Good Nick" (2019), and the animated Nickelodeon show "The Casagrandes".

Hart opened up her own candy shop, SweetHarts, in Sherman Oaks, California, in May 2009. She has said that owning a candy shop was a "childhood dream". However, the shop closed in December 2011, after a former employee filed a lawsuit alleging that they were subjected to wrongful termination and racial discrimination. It later reopened under the same name, but with new owners, before shuttering its doors for good in 2015.

In a collaboration with the diaper brands Huggies Pull-Ups, Hart wrote a diary that included video entries, documenting the process of potty-training her son Mason. In March 2010, Hart was featured in an advertisement campaign for the laundry detergent brand Gain. In 2015, Hart and husband Wilkerson started their own fashion line, King of Harts.

Hart married musician Mark Wilkerson on July 19, 2003, in Florence, Italy. The pair originally met at the Kentucky Derby in May 2002. The preparations for the wedding ceremony were documented in the television miniseries "Tying the Knot", which aired on ABC Family and was produced by Hartbreak Films. Together, they have three children, all sons, born in 2006, 2008, and 2012, respectively. Hart identifies as Presbyterian, and attends church every Sunday with her family. Politically, she has supported Mitt Romney in his bid for the presidency in 2012. In 2016, she joined the campaign of Gary Johnson, the Libertarian Party candidate, as its Connecticut chairperson.