Melissa George Net Worth and Salary: Melissa George is an Australian film and television actress who has a net worth of $5 million. She was born Melissa Suzanne George on August 6, 1976, in Perth, Western Australia. Melissa made a name for herself in the world of entertainment at first in her native Australia and then in both the United Kingdom and the United States.

Melissa was only 21 when she hit the American shores primarily starring in moody features like "Dark City" (1998), "Mulholland Drive" (2001) and "30 Days of Night" (2006). Even though she made strides in various genres, George saw her greatest success on television. Once she landed a recurring role as an antagonistic government agent on the hit espionage series "Alias" (ABC, 2001-06), she turned into a star. Subsequently, she could be seen in movies like "The Amityville Horror" (2005) and "Derailed" (2005), before making a critically praised turn on the award-fetching series "In Treatment" (HBO, 2008-2010). From there, she joined the cast of another hit show "Grey's Anatomy", playing a bisexual surgical intern. She went on to appear in various projects ranging from horror thrillers like "Triangle" (2009), to miniseries and spy thrillers like "Bag of Bones" (A&E, 2011) and "Hunted" (BBC One/Cinemax, 2012), respectively. Be it on the small or the big screen, Melissa George constantly earned accolades while positioning herself higher and higher in the ever-changing show biz. In May 2019 Melissa George listed a modest Calabasas home for sale for a touch under $1 million. 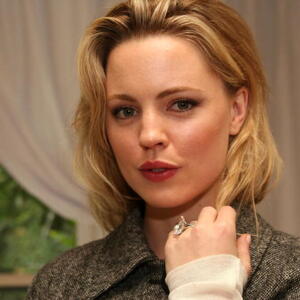