Melissa Fumero Net Worth: Melissa Fumero is an American actress who has a net worth of $4 million. She is probably best-known for appearing on the television series "Brooklyn Nine-Nine" and "One Life to Live".

Born in Lyndhurst, New Jersey, as Melissa Gallo, Melissa Fumero started dancing when she was a young child. She earned her bachelor's degree in drama from New York University in 2003 before making her on-screen debut as Adriana Cramer in "One Life to Live". She scored the part of Cramer on her very last day as a student in college. Fumero has appeared on the soap opera on and off from 2004 until 2011. She first appeared from 2004 until 2008 before Cramer disappeared from the scripts only to return in 2010. Fumero also appeared as Cramer on two episodes of "All My Children" in 2005.

Her other TV credits include playing April on an episode of "Important Things with Demetri Martin", "The Mentalist", "Royal Pains", "CSI: NY", and "Men at Work". She had a five-episode role as Zoe on "Gossip Girl" in 2010 and is part of the main cast as Amy Santiago on "Brooklyn Nine-Nine". Fumero had a small part in the 2009 web series "Haute & Bothered" as Jo. Her film credits include "Descent", "I Hope They Serve Beer In Hell", "Tiny Dancer", "Half Empty", and "The House That Jack Built".

She has been married to her "One Life to Live" co-star David Fumero since 2007. They have two children together. 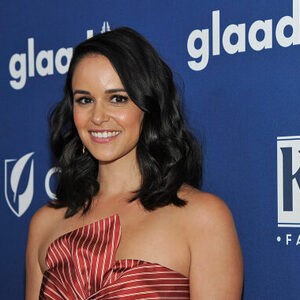