Melissa Benoist net worth and salary: Melissa Benoist is an American actress and singer who has a net worth of $4 million. Melissa Benoist was born in Harris County, Texas in October 1988. She is best known for starring as the title character in the CBS television series Supergirl. Benoist starred as Marley Rose in the TV series Glee from 2012 to 2014.

Since 2015 she has starred as Kara Danvers / Supergirl in the series Supergirl. Benoist has also starred in the movies Tennessee, Whiplash, Danny Collins, The Longest Ride, and Band of Robbers. She has appeared in episodes of the TV series Law & Order: Criminal Intent, Blue Bloods, Law & Order: Special Victims Unit, The Good Wife, and Homeland. In 2013 she was nominated for a Teen Choice Award for Glee. Melissa married her Glee co-star Blake Jenner in 2015. They divorced in 2017. Melissa married actor Chris Wood in September 2019. 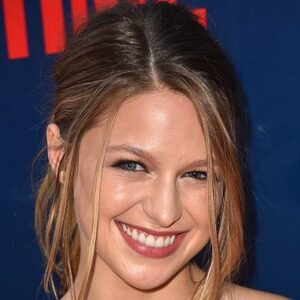