Melina Kanakaredes Net Worth: Melina Kanakaredes is an American actress who has a net worth of $10 million. Born Melina Eleni Kanakaredes on April 23, 1967, in Akron, Ohio, she rose to prominence with her appearances on the small screen. A former beauty contestant with wavy brunette hair and piercing green eyes, Kanakaredes turned out to have more than just good looks.

Thanks to her innate acting talents and expressive personality, she has been an active actress for almost four decades, turning from a wide-eyed ingenue into a mature wife and mother. Having earned a Daytime Emmy nod along the way, Kanakaredes is best appreciated for her incredible performances on two U.S. prime-time television drama series, i.e., playing Detective Stella Bonasera in CSI: NY and portraying Dr. Sydney Hansen in Providence. When it comes to movies, her notable turns include her feature debut in Gregory Hines' interracial romance "Bleeding Hearts" (1994), as well as her minor roles in "The Long Kiss Goodnight" (1996), "Dangerous Beauty" (1998) and "15 Minutes" (2001). 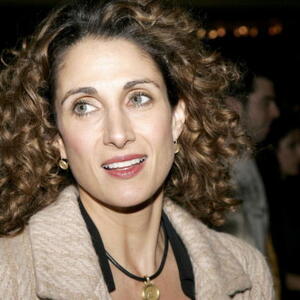