Mélanie Thierry Net Worth: Mélanie Thierry is a French actress and former model who has a net worth of $8 million. Born in Saint-Germain-en-Laye, France, in 1981, Mélanie Thierry has been involved in show business from a young age. Thierry worked as a child and teen model in her native country before she broke into acting, making her on-screen debut in the 1996 TV movie "L'amerloque" as Henriette.

Thierry has worked on and off since then with early roles including appearances in 1998's "The Legend of 1900", 1999's "Quasimodo d'El Paris", 2000's "Canone Inverso", and 2003's "Charles II: The Power and the Passion". She took a four-year hiatus before returning as Manon in 2007's "Chrysalis". A year later, she took the part for which she's best known today, playing Aurora in 2008's "Babylon A.D. alongside Vin Diesel and Michelle Yeoh. It was her first Hollywood role. Thierry's recent roles include "Largo Winch", "One for the Road", "L'Autre Dumas", "The Princess of Montpensier", "Impardonnables", "Henry V", "Back in Crime", and "The Zero Theorem". Thierry has been involved with her long-term partner, French musician and actor Raphael Haroche, for several years and appeared in his music video for the song "Caravan". She gave birth to their first child, Roman, in 2008. 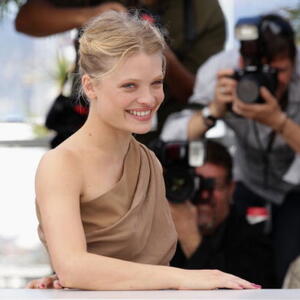