Melanie Paxson Net Worth: Melanie Paxson is an American actress who has a net worth of $600 thousand. Melanie Paxson was born September 26, 1972 in Champaign, Illinois. Her passion for acting was ignited when she got involved in spring musicals and plays in her high school's drama club. While in Chicago, she worked with the Steppenwolf Theatre Company and the Second City Training Center.

She is well known for her work in commercials. Paxton was selected from more than 500 actresses to play 'the Voice of Reason' in the ads for Gladware and she has also done commercials for DayQuil. She was first seen on television in a 1997 episode of Early Edition, and later as a recurring character on Cupid. In 1999, she worked on the comedy The Opera Lover. That next year, she worked with director Brian Robbins and writer Steven Brill on the sport comedy Ready to Rumble, starring David Arquette and Rose McGowan. Paxson later received a small role in the romantic comedy Slackers, which featured Devon Sawa, Jason Segel and Jason Scwartzman. She also appeared on the made-for-television movie Behind the Camera: The Unauthorized Story of the Three's Company. Her next appearance was on The Drew Carey Show, followed by a role in Kitchen Confidential. She was cast in episodes of Happy Family, in a starring role alongside John Larroquette and Christine Baranski. She later worked on the sitcom Joey. In 2007, she landed a part in the hit crime drama CSI: Crime Scene Investigation. Paxson also joined the cast of the ABC sitcom Notes from the Underbelly, where she landed the starring role of Julie. Paxson's film credits include Ready to Rumble (2000), Slackers (2002), Saving Mr. Banks as Dolly (Dolores Vought), Disney's secretary (2013), and starring as Joyce DeWitt in the television film Behind the Camera: The Unauthorized Story of Three's Company (2003). 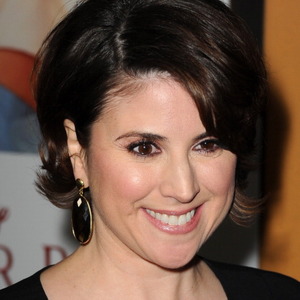