Mélanie Laurent Net Worth: Mélanie Laurent is a French model, actress, singer, director, and writer who has a net worth of $8 million. Mélanie Laurent was born in Paris, France, in 1983, to a ballerina mother and actor father. Laurent's dad lends his voice to the French version of Ned Flanders in the hit series "The Simpsons".

She made her acting debut after being discovered by fellow French actor Gerard Depardieu. Laurent starred in his movie "The Bridge" before her 17th birthday. She was involved in close to two-dozen films during the late '90s and early 2000s. Laurent's best-known parts include appearances in "Summer Things", "Rice Rhapsody", "The Beat That My Heart Skipped", "Days of Glory", "Don't Worry, I'm Fine", "Hidden Love", "La Chambre des morts", "Beginners", and "Inglourious Basterds". Laurent has had several award-winning parts, including earning a Cesar Award for Most Promising Actress and a Lumiere Award for Most Promising Young Actress for the role of Elise Tellier in "Don't Worry, I'm Fine" in 2006. She was nominated for a Best Actress honor at the Lumiere Awards a year later for "La Chambre des morts". Laurent also scored a variety of awards and nominations for her role as Shosanna Dreyfus in Quentin Tarantino's "Inglourious Basterds" in 2009. Laurent made her screenwriter and directorial debut with 2008's short film "De moins en moins". She has written and/or directed several other works, including "X Femmes", "Les Adoptes", "Surpeche", and "Respire". 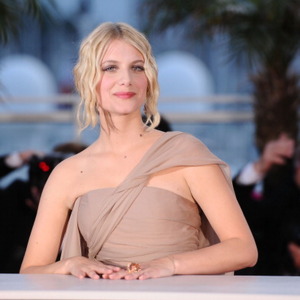