Mel Giedroyc Net Worth: Mel Giedroyc is an English presenter, actress, and comedian who has a net worth of $5 million. Mel Giedroyc was born in Epsom, Surrey, United Kingdom in June 1968. She is best known for her comedic work with Sue Perkins as part of the comedy duo Mel and Sue. Mel and Sue met at the University of Cambridge and were both members of the Footlights comedy club. The duo were co-presenters on Channel 4's Light Lunch from 1997 to 1998 and Late Lunch in 1998. They were also the co-presenters of ITV's Richard Hammond's 5 O'Clock Show in 2006 and have co-presented on The Great British Bake Off on BBC Two and BBC One since 2010. Giedroyc has also been a presenter on the Channel 4 Series Draw It!, BBC Two's Collectoholics, and BBC One's Vertigo Road Trip and The One Show. As an actress she has starred in the TV series French and Saunders in 1996, Rhona in 2000, Blessed in 2005, Mist: Sheepdog Tales from 2007 to 2009, Sorry, I've Got No Head from 2008 to 2011, and Sadie J from 2011 to 2013. Giedroyc authored the books From Here to Maternity: One Mother of a Journey in 2005 and Going Ga-Ga: Is there life after birth? in 2007. 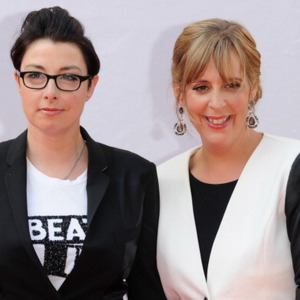