What is Mel Gibson's net worth and Salary?

Mel Gibson is an Australian/American actor, screenwriter, director, producer and investor who has a net worth of $425 million. A sometimes controversial personality, Mel has also been one of the most successful actors and directors in the world during his career.

Mel Colmcille Gerard Gibson was born in Peekskill, New York on January 3, 1956.  and moved with his family to Australia at the age of twelve. The sixth of eleven children, he is the son of writer Hutton Gibson and Anne Patricia, who died in 1990. When Mel was 12 years old, the family moved to his grandmother's native country, Australia, for various economic reasons. Gibson was educated by the Christian Brothers and attended the National Institute of Dramatic Art in Sydney, working on stage before transitioning into the Australian film scene.

Gibson's first major roles were in the Mad Max series, which he immediately began working on straight after graduating college in 1977. Mel earned his first $1 million paycheck in 1985 from Mad Max Beyond Thunderdome, the third installment in the franchise. All the while, Gibson was still working as a stage actor and appearing in several plays with the State Theatre Company of South Australia in Adelaide. He appeared on stage in many well-known works such as Waiting for Godot and Death of a Salesman.

Mel starred in his first American film, The River, in 1984, playing a struggling Tennessee farmer opposite Sissy Spacek.  In 1985, he took two years off of acting before returning to play the role of Martin Riggs in 1987's Lethal Weapon, followed by Tequila Sunrise in 1988 and Lethal Weapon 2 (1989.) He spent the first half of the 90s starring in blockbuster action hits Maverick, Braveheart, Ransom, and Payback, just to name a few. The early 2000s saw Gibson starring in films that each grossed over $100 million at the box office: The Patriot, Chicken Run, and What Women Want. He starred in M. Night Shyamalan's Signs, which was wildly successful and the highest-grossing film of his career.

Some of his other notable film roles include starring parts in the other four installments of the Mad Max series,  2004's The Passion of the Christ, Apocalypto, We Were Soldiers, Edge of Darkness, The Beaver, and The Expendables 3. 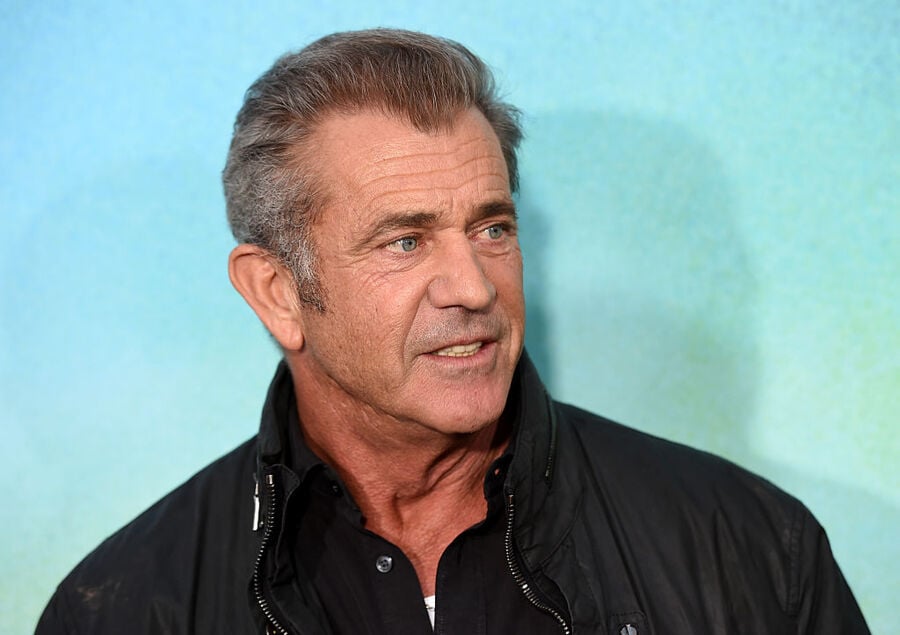 Gibson began to move into producing and directing in 1989 when he formed Icon Productions and made his first film, Hamlet. He made his directorial debut in 1993's The Man Without a Face. He went on to film Braveheart two years later, which earned him an Oscar for Best Director.  In 2004, Gibson wrote, directed, and funded the controversial film The Passion of the Christ. It became the highest-grossing film with an R rating of all the time, earning over $370 million at the U.S. box office. He also directed the movie Hacksaw Ridge in 2016 which received 14 award nominations including an Academy Award for Best Achievement in Directing and a Golden Globe for Best Director – Motion Picture. Gibson won six awards for the film including a Broadcast Film Critics Association Award for Best Director and a Hollywood Film Award for Director of the Year. Throughout his career, Gibson has also directed and produced various television projects as well.

Passion of the Christ Earnings

Mel spent years trying to get funding for his passion project, "Passion of the Christ". Eventually a frustrated Mel decided to invest $30 million of his own money to finance the project. He also chipped in an additional $15 million for marketing, bringing his total investment to $45 million.

Mel owned 50% of the film's profits. The other 50% went the distributor Newmarket Films. After the movie's revenues were all totaled, Mel's personal cut was $300 million.

But that's not all. Passion was also a merchandise juggernaut. Merchandise brought Mel another $50-$100 million. Finally, there's DVD sales, which were close to their general peak back in 2004. Mel took home a cool $75 million from DVD sales.

When you add it all together, Mel Gibson earned somewhere in the range of $400 – $475 million off Passion Of The Christ. 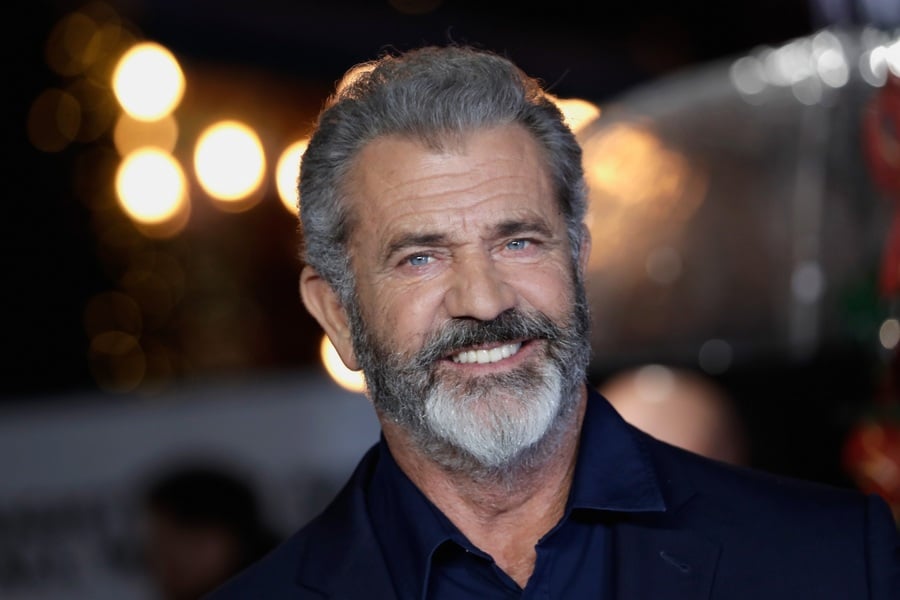 Over the years Mel Gibson has owned number of impressive homes and properties. Gibson has invested in multiple properties in Malibu, Los Angeles, Costa Rica, Fiji, and throughout Australia. Gibson also at one point owned Old Mill Farm, a 75+ acre estate with mansion located in Greenwich, Connecticut. Be bought the Tudor-style estate in Connecticut in 1994 for $9 million and sold it in July 2007 for $40 million.

In 2008 Mel paid $11.5 million for a 5.5-acre home in Malibu. The sellers were then-married couple David Duchovny and Tea Leoni. Mel listed this home for sale at one point for $17.5 million. He listed it again in March 2019 for $14.5 million. Gibson's compound in Malibu is 5,403 square feet, with 6 bedrooms, and 6 bathrooms. The home has two offices, detached gym, an open air garden cabana/entertainment pavilion with high ceiling, built in barbecue and fireplace, 3 guest houses and staff quarters. The grounds feature an over-sized chess board designed in the lawn, organic gardens, fruit orchards, shade trees, shaded terraces, tennis court, and swimming pool.

He sold his Kiewa Valley farm for $6 million in December 2004. Later that same month, he bought his own private island, Mago Island in Fiji, for $15 million. In April 2007, Gibson bought a 400-acre ranch in Costa Rica for the hefty sum of $26 million. He has tried to sell this mansion at various points for as much as $35 million.

Gibson married Robin Moore in 1980 and the couple had seven children before divorcing in 2011. Gibson has a daughter with his former girlfriend, Russian musician Oksana Grigorieva. His ninth child was born in 2017 to girlfriend Rosalind Ross.

In his divorce with Robin Gibson, Mel reportedly agreed to paying a $400 million settlement. At the time it was the largest divorce celebrity divorce settlement in history. 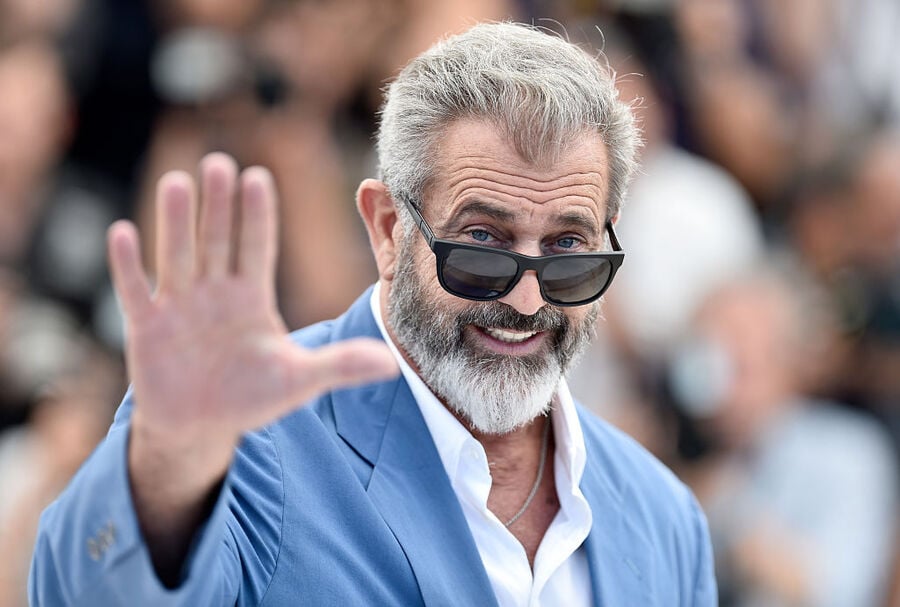 Oksana Grigorieva filed a restraining order against Gibson in 2010 in an attempt to keep him away from their child. Gibson, in turn, filed a restraining order against her. She accused him of domestic violence and Gibson was investigated by the LA County police. In July 2010, an audio recording of a violent and racist rant in a phone call from Gibson to Grigorieva was leaked onto the internet. Mel Gibson entered a plea of no contest to a misdemeanor battery charge and settled with Grigorieva, who was awarded $750,000 and their house in Sherman Oaks, California for damages.

Gibson has had his fair share of anti-Semitic hate speech incidents as well as anti-LGBTQ sentiments. His controversial statements over the years resulted in being blacklisted by many producers, directors, agencies, and fellow actors in the Hollywood film scene for nearly a decade. It wasn't until he released Hacksaw Ridge that the Hollywood community began to warm to him again.

Gibson has addressed his alcohol addiction and recovery in many interviews. In 1984, he rear-ended a car in Toronto while drunk and was banned from driving in Canada for three months. He was arrested on July 28, 2006 for a DUI while speeding in his car with an open container of alcohol. He pled no contest and was sentenced to three years of probation.

Gibson has donated millions of dollars to Healing the Children, a charity that provides life-saving medical treatment to underserved children around the world. In 2007, on a business trip to Singapore, he donated massive amounts to a local charity for kids with terminal illnesses. He has also supported causes in the arts, such as the restoration of Renaissance paintings. Gibson has given millions of dollars to the National Institute of Drug Abuse as well. He donated $500,000 to the El Mirador Basin project which aims to protect the last of the virgin rainforest in Central America. Additionally, he visited Central America in July 2007 to meet with the president of Costa Rica and make donations to the indigenous population. That same year, he gave financial assistance to Green Rubber Global to build a tire recycling factory in Gallup, New Mexico. 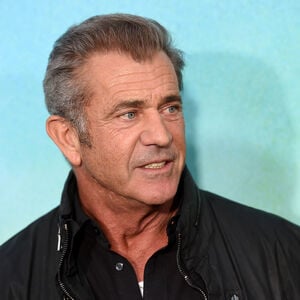