Megan Follows Net Worth: Megan Follows is a Canadian actress who has a net worth of $2 million. Megan Follows was born on March 14, 1968, in Toronto, Ontario, Canada. Megan Follows is best known to international audiences for her portrayal of Anne Shirley in the acclaimed 1985 Canadian television miniseries Anne of Green Gables and its two sequels.

Since both her parents were actors, Follows began acting on TV as a toddler. Having starred in several Canadian TV shows, she made her first big screen debut in Stephen King's adventure "Silver Bullet" in 1985. The same year, she gave an incredible career-making performance as Montgomery's feisty redheaded orphan in the acclaimed miniseries Anne of Green Gables, which was followed by a subsequent turn in the 1987 sequel Anne of Avonlea. Both of these appearances fetched her Gemini awards and brought her an international name. Leaving her Anne role behind, Follows continued to perform in plays, movies and shows throughout the 1980s and early '90s. She also acted in TV movies like Sin of Innocence (1986) , Inherit the Wind (1988) and Back to Hannibal: The Return of Tom Sawyer and Huck Finn (1990). Versatile actress as she is known to be, Follows made a successful turn in the grim Canadian drama Termini Station (1991) and lent her voice in the animated feature The Nutcracker Prince (1990). The rest of the 1990s, she was mostly devoted to starting a family with photographer Christopher Porter, occasionally hitting the screen in Canadian TV movies. In 1997, she treated her fans with a feature film appearance in the Canadian comedy Reluctant Angel. The start of the new century saw her reprising her most famous role (as a now fully adult, aspiring writer in New York) in Anne of Green Gables: The Continuing Story (2000). Since, she has been more present on the small rather than on the big screen. After her marriage ended in divorce in 1996, Megan and her children have been dividing their time between residences in Los Angeles and Toronto. 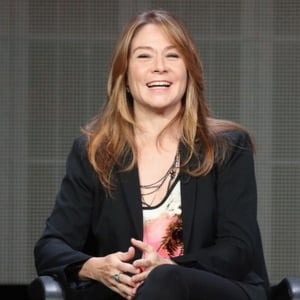