Megan Boone Net Worth: Megan Boone is an American actress who has a net worth of $3 million. Megan Boone was born in Petoskey, Michigan, in 1983, and earned her acting degree from Florida State University in 2005. She also studied at the Asolo Repertory Theatre. Boone made her on-screen debut in 2001's short film "Elijah", but didn't appear again until 2007 as Kate in "The Mustachioed Bandit Meets His End".

Two years later, Boone starred as Megan in "My Bloody Valentine 3D" with Jensen Ackles and Jaime King before scoring a part in "Sex and the City 2" in 2010. Boone has since appeared in 2012's "Step Up Revolution", "Leave Me Like You Found Me", and 2013's "Welcome to the Jungle". Her biggest TV roles to date include appearing in seven episodes of "Law & Order: Los Angeles" as DDA Lauren Stanton and starring as Elizabeth Keen on "The Blacklist" alongside James Spader and Diego Klattenhoff. Boone's other TV and film credits include "The Myth of the American Sleepover", "HMS: White Coat", "About Cherry", "Family Games", "The Cleaner", "Cold Case", "Harvard Medical School", and "Blue Bloods". Boone earned a Gen Art Film Festival Best Actress award for appearing in 2012's "Leave Me Like You Found Me". 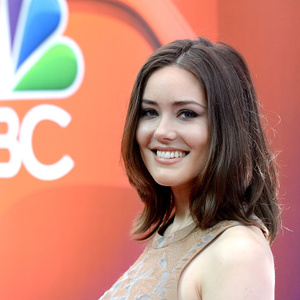