Mckenna Grace net worth: Mckenna Grace is an American actress who has a net worth of $2 million. She is known for starring on several TV shows such as Crash & Bernstein, The Young and the Restless, Fuller House, and more.

Mckenna Grace was born in Grapevine, Texas in June 2006. She starred as Jasmine Bernstein on the television series Crash & Bernstein from 2012 to 2014. Grace starred as Faith Newman on the soap opera The Young and the Restless from 2013 to 2015. In 2018 she starred as Young Theo on the series The Haunting of Hill House. Mckenna Grace starred as Penny Kirkman on the television series Designated Survivor from 2016 to 2019. In 2016 she began starring as Rose Harbenberger on the TV series Fuller House. She has also had recurring roles on the TV series CSI: Cyber, Once Upon a Time, and Young Sheldon. Mckenna Grace has appeared in films Suburban Gothic, Frankenstein, Independence Day: Resurgence, Amityville: The Awakening, Ready Player One, Captain Marvel, and more. 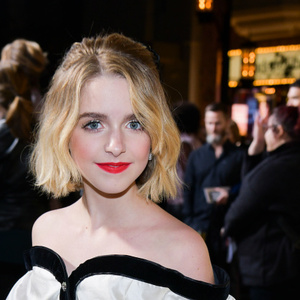