Maz Jobrani net worth: Maz Jobrani is an Iranian-American comedian and actor who has a net worth of $13 million. Maz Jobrani was born in Tehran, Iran in February 1972. He is part of the comedy group Axis of Evil. As an actor Jobrani starred in the television series Life on a Stick in 2005. In 2007 he starred as Gourishankar "Gary" Subramaniam in the TV series The Knights of Prosperity. Jobrani starred in the series Rita Rocks as Mr. Abir from 2008 to 2009 and as Dr. Bhamba in the series Better Off Ted in 2009. He has starred in the movies The Medicine Show, Dragonfly, Maryam, Bug, Friday After Next, Mind Games, 13 Going on 30, The Interpreter, Moonpie, David, Overnight, Paradise, Shirin in Love, and Sunken City. In 2014 Jobrani won two Austin Film Festival Awards for Jimmy Vestvood: Amerikan Hero. 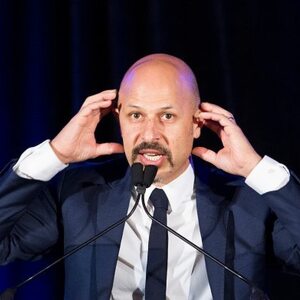