What is Mayim Bialik's Net Worth and Salary?

Mayim Bialik is an American actress and neuroscientist who has a net worth of $25 million. Mayim Bialik first gained recognition for her portrayal of a young Bette Midler in the 1989 movie "Beaches."  Today she is best known for playing Blossom Russo on NBC's "Blossom" and Dr. Amy Farrah Fowler on CBS sitcom "The Big Bang Theory," a role that earned her 4 Primetime Emmy nominations.

In 2017, several "The Big Bang Theory" actors reportedly took a pay cut so Mayim and co-star Melissa Rauch could get raises, bringing Bialik's salary up to $450,000 per episode, which worked out to $10 million per season.

Mayim earned a Ph.D. in neuroscience in 2007 and worked as a research professor before she returned to acting.

Mayim Bialik was born Mayim Chaya Bialik on December 12, 1975, in San Diego, California. She is the only child of Barry (who passed away in 2015) and Beverly and comes from a family of Jewish immigrants. Mayim's parents raised her in Reform Judaism, but in 2012, she said that she considers herself an "aspiring Modern Orthodox."

Bialik attended North Hollywood High School, graduating in 1993. After receiving a deferred acceptance due to her acting commitments, she attended UCLA, majoring in neuroscience and minoring in Hebrew and Jewish studies, and earned her B.S. degree in 2000. Mayim began studying for her doctorate but took a break in 2005 to focus on acting. Two years later, she earned her Ph.D. degree in neuroscience from UCLA.

Bialik landed her first acting role in 1988 horror film "Pumpkinhead," and she also appeared in "Beaches" that year. Between 1988 and 1990, she had guest roles on several popular television shows, including "The Facts of Life," "Webster," "Empty Nest," "MacGyver," "Doogie Howser, M.D.," And "Murphy Brown," and she appeared in Michael Jackson's "Liberian Girl" music video in 1989. In 1990, Mayim was cast in the role that would make her a household name: Blossom Russo. "Blossom" ran until 1995, airing 114 episodes. While starring on "Blossom," Bialik appeared in "Don't Drink the Water," a 1994 TV movie written and directed by Woody Allen, and guest-starred on "The John Larroquette Show and Lifetime anthology series "The Hidden Room."

In the decade after "Blossom" ended, Mayim lent her voice to numerous animated projects including "Hey Arnold!," "The Real Adventures of Jonny Quest," "Extreme Ghostbusters," and "Kim Possible." In 2005, she began a 3-episode arc on "Curb Your Enthusiasm" and guest-starred on "Fat Actress," "Bones," and "The Secret Life of the American Teenager" before landing the role of neurobiologist Amy Farrah Fowler on "The Big Bang Theory" in 2010. Bialik started out as a guest star on the show, appearing on the season 3 finale, but she was promoted to a series regular in season 4. "The Big Bang Theory" ran until 2019, and Mayim appeared on 203 episodes.

Bialik appeared in the films "Kalamazoo?" in 2006 and "The Chicago 8" in 2011. Her directorial debut, "As Sick As They Made Us," is set to be released in 2020; Mayim also wrote the film, and it stars Dustin Hoffman, Candice Bergen, and "The Big Bang Theory" co-star Simon Helberg. Bialik formed a production company, Sad Clown Productions, in 2019, and she'll be serving as star and executive producer of "Call Me Kat," a sitcom that is scheduled to air on Fox in fall 2020.

In March 2017, the five core stars of the show agreed to each take $100,000 less in salary so Mayim and Melissa Rauch could get a pay raise for the final two seasons. The core five dropped from $1 million per episode to $900,000. With the raise, Mayim and Melissa began earning $450,00 per episode, roughly $10 million for the each of the final two seasons. 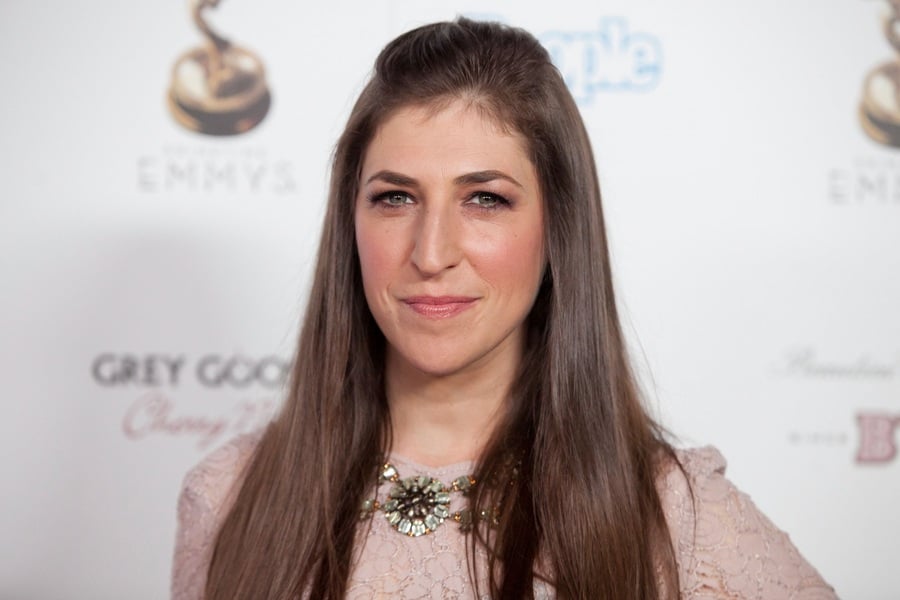 Mayim published her first book, "Beyond the Sling: A Real-Life Guide to Raising Confident, Loving Children the Attachment Parenting Way," in 2012, and she teamed up with pediatrician Jay Gordon (who wrote the introduction to "Beyond the Sling") for 2014's "Mayim's Vegan Table: More Than 100 Great-Tasting and Healthy Recipes from My Family to Yours." Bialik released "Girling Up: How to be Strong, Smart and Spectacular" in 2017 and "Boying Up: How to be Brave, Bold and Brilliant" in 2018; "Girling Up" reached #1 on the "New York Times" Best Seller List. She has also written for Jewish parenting website Kveller.

Mayim met Michael Stone in a chemistry class at UCLA, and Stone, who was raised Mormon, converted to Judaism before they married on August 31, 2003. The couple welcomed son Miles on October 10, 2005, and they gave him a brother, Frederick, on August 15, 2008. Mayim and Michael divorced in May 2013. Bialik is a vocal proponent of attachment parenting, and she was named a celebrity spokesperson for the Holistic Moms Network in 2009

Mayim is a Zionist, feminist, and vegan, and she co-founded the Shamayim V'Aretz Institute, a Jewish nonprofit organization that is dedicated to veganism and animal advocacy. Bialik co-owns Los Angeles vegan restaurant Bodhi Bowl with chef/longtime friend Ali Cruddas. In 2015, she founded the website Grok Nation, a place for people to come together and discuss contemporary issues.

In 1988, Bialik won a Young Artist Award for Best Young Actress in a Motion Picture Comedy or Fantasy for her role in "Beaches." She was nominated for the award again in 1990 for guest-starring on "Empty Nest" and in 1992, and 1993 for her performance on "Blossom." "The Big Bang Theory" earned Mayim Online Film Critics Society awards in 2012 and 2013, Critics' Choice Television Awards in 2016 and 2018, and a Critics Choice Award from the Broadcast Film Critics Association in 2018. In 2019, she was honored with a Keter Shem Tov Award at the Jew in the City 6th Annual All Star Awards. Boston University awarded Bialik with an honorary Doctor of Humane Letters in 2014. 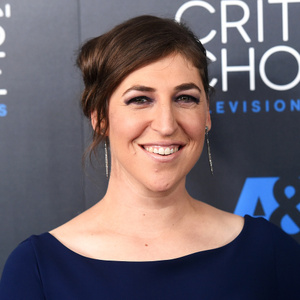