Maya Hawke net worth: Maya Hawke is an American actress and model who has a net worth of $3 million. Maya Hawke was born New York City, New York in July 1998. She is the daughter of Uma Thurman and Ethan Hawke.

She has modeled for Vogue and Calvin Klein. As an actress she is best known for starring as Robin Buckley on the television series Stranger Things in 2019. Maya Hawke starred as Jo March on the TV mini-series Little Women in 2017. She has appeared in the movies Ladyword in 2018, Once Upon a Time… in Hollywood in 2019, and Human Capital in 2019. Hawke won a Saturn Award from the Academy of Science Fiction, Fantasy & Horror Films in 2019 for Best Supporting Actress in a Streaming Presentation for Stranger Things. She also won a Hunter Mountain Film Festival Award for Best Actress for As They Slept in 2019 and was nominated for a Women's Image Network Award for Little Women in 2019. 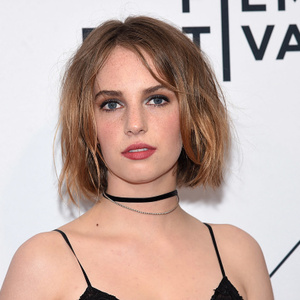