Maxwell Caulfield net worth: Maxwell Caulfield is a British actor who has a net worth of $10 million dollars. Maxwell Caulfield was born in Glasgow in November of 1959, and continues to work as a film, TV, and film actor in the United States. He is most well known for his roles in Grease 2, The Colbys, Dynasty, Gettysburg, The Real Blonde, and Emmerdale – a production in the UK.

Caulfield also has more than 70 credits, many of which are from stage acting. Caulfield made his first appearance in the 1967 film, Accident, when he was only 7 years old. He was credited with the stage name "Maxwell Findlater," so as to protect his privacy. However, he did not continue his stint as a child actor, but was reportedly kicked out of the home by his stepfather when he was just 15 years old. He then took the name Caulfield from book character in Catcher in the Rye. During this time, he also worked as an exotic dancer in a London theatre so that he could gain work on stage. This also led to a green card, which allowed him to continue working within the country. Caulfield is married to fellow actor Juliet Mills, to whom he was wed in 1980 at the age of 21. Her third husband, Caulfield is 18 years her junior. 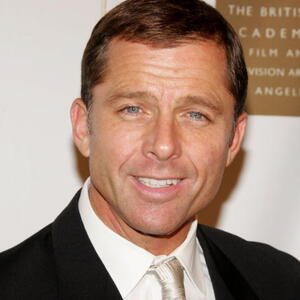