Maxine Peake net worth: Maxine Peake is an English actress who has a net worth of $1 million. Maxine Peake was born in Westhoughton, Bolton, England, United Kingdom in July 1974. From 1998 to 2000 she starred as Twinkle on the television series Dinnerladies. Peake starred as Veronica on the TV series Shameless from 2004 to 2007. From 2011 to 2014 she starred as Martha Costello on the series Silk. Peak starred as Grace Middleton on the television series The Village from 2013 to 2014. She has had recurring roles on the TV series The Way We Live Now, Early Doors, Messiah: The Harrowing, See No Evil: The Moors Murders, The Devil's Whore, Little Dorrit, Criminal Justice, and more. Peake is an accomplished stage actress and has starred in productions of The Importance of Being Earnest, Hamlet, A Streetcar Named Desire, and more. Peake has been nominated for BAFTA TV Awards for Best Actress for Hancock & Joan in 2009 and for Best Leading Actress for The Village in 2013. 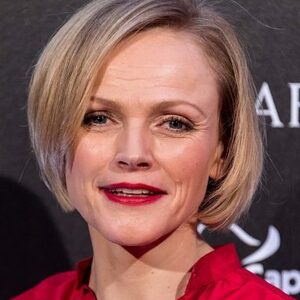