How much is Max Martini Worth?

Max Martini net worth: Max Martini is an American film, television, and theatre actor who has a net worth of $4 million. Maximilian Carlo "Max" Martini is best known for his roles as Corporal Fred Henderson in Saving Private Ryan, Wiley in Level 9, First Sergeant Sid Woho in The Great Raid, and as Sergeant Mark Gerhardt on the television military drama, The Unit.

Max Martini was born in Woodstock, New York and was raised in the United States, Italy and Canada. He holds citizenship in all three countries. As a teenager, Max Martini attended Santa Monica High School and was kicker on the school's football team. After a hamstring pull prevented him from trying out for the Seattle Seahawks, he turned his attention to acting. Upon graduating, he moved to New York City and studied acting. He started studying at the Neighborhood Playhouse before continuing training at the Michael Howard Studios. During this time, he also attended the School of Visual Arts in Manhattan and received a BFA in painting and sculpture while simultaneously working weekends at a skydiving center. After college, he found steady work in various film and television shows including roles in Contact, Saving Private Ryan, and The Great Raid. His television credits include a lead role in the Sci-Fi Channel's Emmy nominated mini-series, Taken and appearances as Agent Steve Goodrich in the second season of 24. He was also cast on The X-Files, a Canadian series called DaVinci's Inquest, and on various popular television series like Lie to Me, Numb3rs, CSI: Crime Scene Investigation, Criminal Minds, and CSI: Miami. 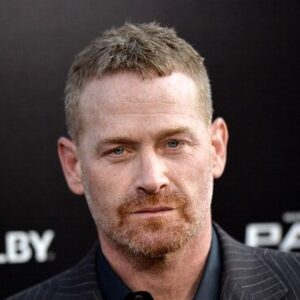