Max Julien Net Worth: Max Julien is an American actor who has a net worth of $400 thousand. Max Julien was born in Washington, D.C. in January 1945. He is best known for playing the role of Goldie in the movie The Mack. Julien started out his career Off-Broadway in Shakespeare-In-The-Park.

He moved to Hollywood, California to pursue his acting career. He made his feature film debut in 1966 in the movie Brutes. In 1968 he starred in the movies Psych-Out, The Savage Seven, and Uptight. He starred in the film Getting Straight as Ellis in 1970 and as Goldie in The Mack in 1973. In 1974 he starred as J.P. Bushrod in the film Thomasine & Bushrod. Julien did not appear again until 1997 when he starred as Uncle Fred in the movie How to Be a Player. He has also appeared in episodes of the TV series Mod Squad, The Bold Ones: The Protectors, CBS Playhouse, The Name of the Game, and One on One. Julien also wrote and produced for the 1973 movie Cleopatra Jones and the 1974 film Thomasine & Bushrod. Julien's voice from The Mack has been sampled by many artists such as P. Diddy, Kid Rock, and Snoop Dogg. 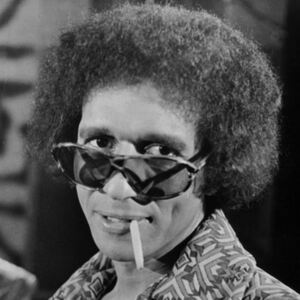