Max Greenfield net worth: Max Greenfield is an American actor who has a net worth of $3 million dollars. Greenfield was born in September of 1980, and is best known for his film and television roles, including Veronica Mars, Modern Men, and Ugly Betty. His most notable role is Schmidt on the Fox series, New Girl, which has been on the air since 2011.

It's been reported that Greenfield had a significant effort in behind the scenes efforts within the show, including being the first person that writer and creator Elizabeth Meriwether sent the initial script to. He has since starred in every episode of the series. For his efforts, Greenfield has been nominated for Golden Globe, Emmy, and Critics' Choice awards. Hailing from New York state, Greenfield is Jewish, as is his character in New Girl. On his 13th birthday, he celebrated his Bar Mitzvah with a Saturday Night Live-themed event. In 2008, Greenfield was married to Tess Sanchez, who works as a casting director. The couple lives in Los Angeles, along with their child, a daughter named Lily. Greenfield first began looking for acting work when he graduated high school in 1998. Here he received moderate success, working on Gilmore Girls, Boston Public, and The O.C. 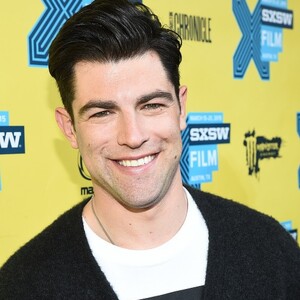