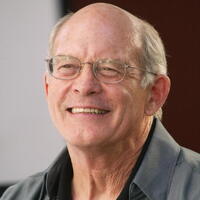 Max Gail net worth: Max Gail is an American actor who has a net worth of $6 million. Max Gail was born in Detroit, Michigan in April 1943. He is best known for starring as Det. Stan "Wojo" Wojciehowicz in the television series Barney Miller from 1975 to 1982. Gail starred as Llewellyn Farley, Jr. in the TV series Whiz Kids from 1983 to 1984. In 1990 he starred as Max Harlow in the series Normal Life. Gail starred as Wendal Halbert in the television series Sons & Daughters from 2006 to 2007. From 2008 to 2009 he starred as Jack in the TV series Gary Unmarried. In 2015 Gail starred as Forrest's Father in the series Review. He has also starred in several films including Judgment Day and 42. He runs his own production company called Full Circle which is known for documentaries. Gail was nominated for Primetime Emmy Awards for Outstanding Supporting Actor in a Comedy or Variety or Music Series for Barney Miller in 1979 and 1980.