Max Casella net worth: Max Casella is an American actor who has a net worth of $2 million. Max Casella was born in Washington, D.C. in June 1967. His first role came in 1981 in the TV movie Ephraim McDowell's Kentucky Ride. From 1989 to 1993 Casella starred as Vinnie Delpino in the television series Doogie Howser, M.D.

She starred as the title character in the TV series Cro from 1993 to 1994. From 2001 to 2007 Casella starred as Benny Fazio in the series The Sopranos. In 2010 he starred as Leo D'Alessio in the television series Boardwalk Empire. He has also starred in the movies Newsies, Ed Wood, Sgt. Bilko, Trial and Error, Analyze This, Freak Talks About Sex, The Notorious Bettie Page, Bristol Boys, Leatherheads, Revolutionary Road, Big Mommas: Like Father, Like Son, Killing Them Softly, Blue Jasmine, Oldboy, Inside Llewyn Davis, The Last of Robin Hood, A Midsummer Night's Dream, and Wild Card. In 2014 he won the Audience Award for Best Actor at the New Hollywood Online Film Festival. Casella has also been nominated for a Screen Actors Guild Award and Young Artist Award. 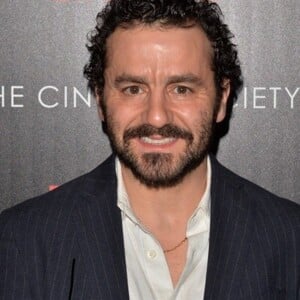