Max Burkholder net worth: Max Burkholder is an American actor who has a net worth of $3 million. Max Burkholder was born in Los Angeles, California in November 1997. He is best known for starring as Max Braverman on the television series Parenthood from 2010 to 2015. Burkholder provided the voice of Chomper on the TV series The Land Before Time from 2007 to 2008.

He also voiced the role of Roo on the series My Friends Tigger & Pooh from 2007 to 2009. From 2007 to 2017 he provided various voices for the television series Family Guy. Max Burkholder has appeared in several films including Daddy Day Care, Love for Rent, Friends with Money, The Purge, and The First Purge. He has also provided voice work for the movies The Ant Bully, Fly Me to the Moon, and more. He has appeared in episodes of the TV series The O.C., CSI: NY, The Suite Life of Zack & Cody, CSI: Miami, Brothers & Sisters, Grey's Anatomy, The Orville, and more. In 2014 he won a Young Artist Award for Parenthood. 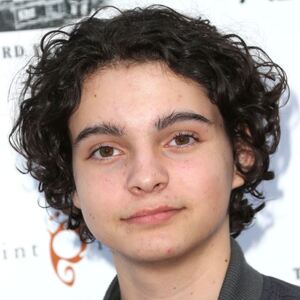