Maurice Benard Net Worth: Maurice Benard is an American actor who has a net worth of $2 million. Born in 1963 in Martinez, California, Maurice Benard started acting in 1987 on the soap opera "All My Children". He appeared on the show as a regular until 1990 and had several guest spots into the decade. He appeared on "DEA", "Stat", and "Dark Justice" before landing the part of Sonny Corinthos and Jerry Jacks on "General Hospital" in 1993. Benard has appeared in more than 1600 episodes of the show. He earned a 2003 Daytime Emmy Award for Outstanding Lead Actor in a Drama Series and has been nominated for several other honors, including more Emmys and several Soap Opera Digest Awards. Benard played Corinthos in two episodes of "Port Charles" and in an episode of "General Hospital: Night Shift". He made his film debut in 1991's "Her Wicked Ways" as Steve and played Desi Arnaz in the TV movie "Lucy & Desi: Before the Laughter". His other film credits include "Ruby", "Mi Vida Loca", "To Face Her Past", "Restraining Order", "Crystal Clear", "The Penny", and "The Ghost and the Whale". At the age of 22, Benard was diagnosed bipolar disorder, and works with Mental Health America to raise awareness. He has been married to his wife, Paula Smith, since 1990, and they have four children together. 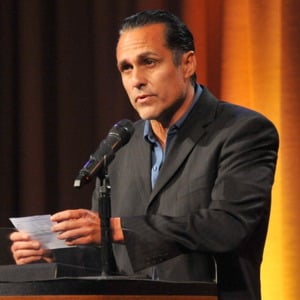