What Is Maureen McCormick's Net Worth?

She has guest-starred as herself on several TV shows, such as "Herman's Head" (1993) and "Scrubs" (2003). Maureen also played Wendy Darling in a touring production of "Peter Pan" (1983) and Rizzo in a Broadway production of "Grease" (1994). She released the country music album "When You Get a Little Lonely" in 1995, and she published "The New York Times" Best Seller "Here's the Story: Surviving Marcia Brady and Finding My True Voice" in 2008. In 2016, McCormick competed on "Dancing with the Stars," finishing in 8th place.

Maureen McCormick was born Maureen Denise McCormick on August 5, 1956, in Los Angeles, California. She grew up in a Catholic household with mother Irene, father Richard (a teacher), and older brothers Dennis, Michael, and Kevin. When Maureen was 6 years old, she was crowned Baby Miss San Fernando Valley, and in 1964, she began starring in television commercials for Chatty Cathy and Barbie dolls. Around this time, McCormick also appeared in a La Jolla Playhouse production of "Wind It Up And It Breaks." Maureen graduated from William Howard Taft High School.

She also starred in the web series "Building Brady" (2018–2019) and the HGTV series "A Very Brady Renovation" (2019), which followed "The Brady Bunch" cast as they renovated their former TV home. During her time on "The Brady Bunch," McCormick recorded four albums with her co-stars, and she later recorded an EP with her TV brother Christopher Knight. She released the solo singles "Teeny Weeny Bit (Too Long)" and "Truckin' Back to You" in 1972 and "Little Bird (Sing Your Song)," "Just A Singin' Alone," "Love's in the Roses," and "Harmonize" in 1973. 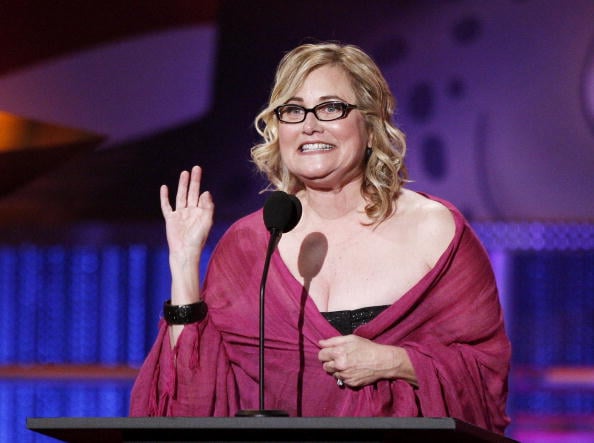 In 2007, McCormick appeared on the VH1 reality series "Celebrity Fit Club" and lost more than 30 pounds, winning that season of the show. The following year, she competed on CMT's "Gone Country" and was given a spin-off called "Outsiders Inn," which was about Maureen opening a Tennessee bed and breakfast. She appeared in the films "Snow White: A Deadly Summer" (2012), "Lift Me Up" (2015), "Big Baby" (2015), and "Accidentally Engaged" (2016), and she joined the cast of the Australian version of "I'm a Celebrity…Get Me Out of Here!" in 2015. In recent years, McCormick has appeared in the films "The Neighborhood" (2017) and "Rock Paper Dead (2017), guest-starred on "Nightmare Next Door" (2016) and "The Guest Book" (2017), and gave an award-winning performance in the short film "Aileron" (2017). In 2021, she began co-starring with designer Dan Vickery on the HGTV series "Frozen in Time."

Maureen married Michael Cummings on March 16, 1985, and they welcomed daughter Natalie on May 19th, 1989. After "The Brady Bunch" ended, McCormick struggled with an addiction to cocaine and Quaaludes for years, and she has said that in her early twenties, she traded sex for drugs. When she auditioned for the 1981 film "Raiders of the Lost Ark," Maureen was on cocaine and hadn't slept in three days. She also suffered from bulimia and depression. After marrying Cummings, who "saved [her] from rock bottom,"

Maureen started working on getting sober, but she was still dealing with depression and paranoia. Though she resisted the idea of getting on medication due to her experience with Dr. Eugene Landy, who she says "put me on so many drugs I didn't know if I was coming or going," she read books about depression, bipolar disorder, and Prozac and eventually started taking antidepressants. McCormick stated of her decision to try medication, "I started to feel like a normal person for the first time in my life. My husband will tell you that he thought the difference was night and day. At the risk of sounding like one of those TV ads, I can honestly say that antidepressants changed my life."

In 2017,  "Aileron" earned Maureen a Best Actress award at the Los Angeles Cinema Festival of Hollywood and an Outstanding Cast Performance award at the Action on Film International Film Festival. In 2007, "The Brady Bunch" won the Pop Culture Award at the TV Land Awards. McCormick also received a TV Land Award nomination for Most Beautiful Braces that year, and in 2005, she shared a nomination for Favorite Singing Siblings with Barry Williams, Christopher Knight, Eve Plumb, Mike Lookinland, and Susan Olsen. 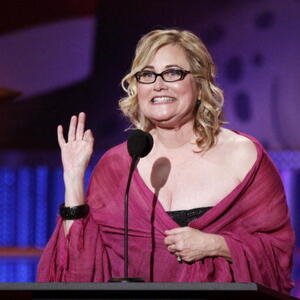