What is Maura Tierney's Net Worth?

Maura Tierney is an actress who has performed on stage, television, and film. Maura Tierney has a net worth of $10 million. She is best known for her roles on the television series "NewsRadio," "ER," and "The Affair," the lattermost of which earned her a Golden Globe Award. Among Tierney's film credits are "Primal Fear," "Liar Liar," "Insomnia," and "Beautiful Boy."

Maura Tierney was born on February 3, 1965 in Boston, Massachusetts, and was raised in the city's Hyde Park neighborhood. She is the eldest of three children of Irish Catholic parents Pat, a real estate broker, and Joseph, who served in the Boston City Council for 15 years. Tierney went to Mount Alvernia Academy Elementary, and then to Notre Dame Academy in Hingham. At the latter school, she studied drama, leading to her appearance at the Boston Globe Drama Festival. Following her graduation, Tierney enrolled at New York University, first majoring in dance before switching to drama.

After performing in a number of plays, Tierney moved to Los Angeles in 1987. She landed her first screen-acting role in the made-for-television Disney film "Student Exchange." This was followed by another television movie called "Crossing the Mob." Subsequently, Tierney had a recurring role in ten episodes of the sitcom "The Van Dyke Show," and made guest appearances in episodes of "Family Ties" and "Booker."

Following her role on the short-lived CBS sitcom "704 Hauser" and an appearance in the made-for-television drama "Out of Darkness," Tierney landed her biggest role yet on the NBC sitcom "NewsRadio." The show, which ran for five seasons from 1995 to 1999, focused on the staff of an AM news radio station in New York City. Tierney played the character of Lisa Miller in an ensemble cast featuring Dave Foley, Stephen Root, Andy Dick, Joe Rogan, Vicki Lewis, and Jon Lovitz, among others. After the program's cancellation, Tierney decided not to star in any further sitcoms.

Tierney had her next major television role in 1999, when she began playing Nurse Abby Lockhart on the medical drama series "ER." She started in a guest capacity before becoming a full-time regular cast member in 2000. For her performance, Tierney received an Emmy Award nomination for Outstanding Supporting Actress in a Drama Series. In October of 2008, she made her final regular appearance on the show, and returned in 2009 to make a cameo appearance. 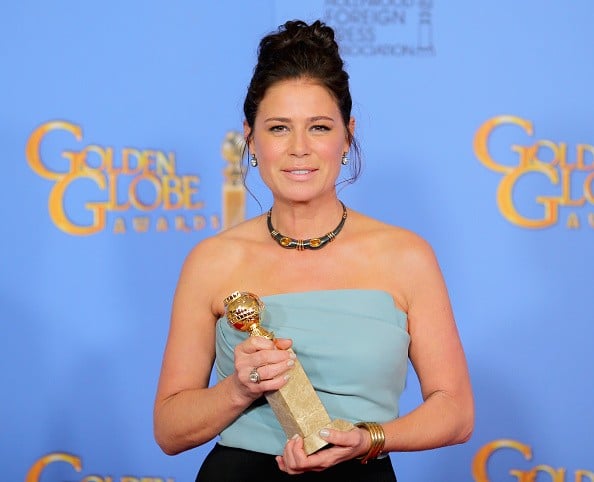 Tierney was infrequently on television in the 2000s. One of her few appearances was on the second season of Bravo's "Celebrity Poker Showdown," which she ended up winning. At the end of the decade, Tierney returned to scripted television with the recurring role of Kelly McPhee on the FX series "Rescue Me," which she played through the show's final season in 2011. During this time, she also became the new female lead on the ABC legal drama "The Whole Truth," taking over from former lead actress Joely Richardson. However, the show was cancelled after four episodes. Following this, Tierney had a recurring role on the CBS legal drama "The Good Wife," playing the character Maddie Hayward.

In 2014, Tierney started playing the main role of Helen Butler on the Showtime series "The Affair." Earning some of the best reviews of her career for her performance, she was nominated for an Emmy Award, and won a Golden Globe. The show ran for five seasons through 2019. Among Tierney's subsequent credits are the Showtime series "Your Honor" and "American Rust."

On film, Tierney made her debut in the low-budget 1991 film "Dead Women in Lingerie." The same year, she was in the crime comedy "The Linguini Incident." This was followed by such films as "White Sands," "The Temp," and "Mercy." Throughout the late 90s, Tierney was in a string of hit films including the legal thriller "Primal Fear," the Jim Carrey comedy "Liar Liar," and the political dramedy "Primary Colors." She also appeared in the romcom "Forces of Nature" and the thrillers "Oxygen" and "Instinct."

In the early 2000s, Tierney played a Lady Macbeth-like character in "Scotland, Pa.," a part written specifically for her by her then-husband William Morrissette. The following year, she had a supporting part in Christopher Nolan's "Insomnia," starring opposite Al Pacino, Robin Williams, and Hilary Swank. Tierney's other credits in the 2000s include "Melvin Goes to Dinner," "Welcome to Mooseport," "Danny Roane: First Time Director," "Diggers," "The Go-Getter," "Semi-Pro," "Baby Mama," and "Finding Amanda." Among her later notable films are "Beautiful Boy," starring Steve Carell and Timothée Chalamet, and "The Report," with Adam Driver and Annette Bening.

Among Tierney's theater credits is the off-Broadway play "Three Changes," in which she starred opposite Dylan McDermott in 2008. A couple years after this, she became a member of the New York City experimental theater company The Wooster Group, and performed alongside Frances McDormand in Elizabeth LeCompte's remounting of "North Atlantic."

She went on to appear in "The Town Hall Affair," also directed by LeCompte. Tierney's other theater credits include Yasmina Reza's "God of Carnage" and Jen Silverman's "Witch." In the latter, which made its West Coast premiere in 2019, she originated the lead role of Elizabeth.

In 1993, Tierney wed actor and director William Morrissette. After 13 years, she filed for divorce on account of irreconcilable differences. The pair has no children.

Tierney underwent surgery for breast cancer in 2009. She had been cast on the show "Parenthood" at the time, but had to be replaced due to scheduling conflicts with her treatments. Tierney finished her treatments and returned to her acting work in 2010. 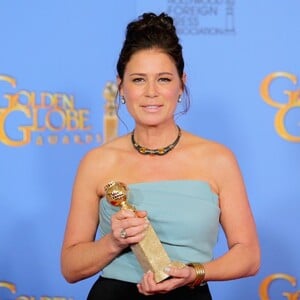