Matthew Settle Net Worth and salary: Matthew Settle is an American actor who has a net worth of $4 million. Matthew Settle was born in Hickory, North Carolina in September 1969. Matthew is the youngest of six children. He debuted on Broadway in Chicago: The Musical in 2010. His television debut came in the series Shaughnessy in 1996.

In 1997 he starred as Guy Gardner/Green Lantern in the TV movie Justice League of America. Settle starred in the movie I Still Know What You Did Last Summer in 1998 as Will Benson. In 2001 he starred as Capt. Ronald Speirs in the TV mini-series Band of Brothers. Matthew starred as Brian Westlake in the TV series ER in 2002 and as Russell Bakey in The Practice in 2003. In 2006 he played Jonathan Sellers in the TV series Brothers & Sisters. One of his best known roles came starring as Rufus Humphrey in the TV series Gossip Girl from 2007 to 2012. He was a main cast member on Gossip Girl, appearing in 119 episodes. In 2006 Settle won a Bronze Wrangler at the Western Heritage Awards for Into the West. He has also been nominated for Teen Choice Awards for Film – Choice Sleazebag and Choice TV Parental Unit. 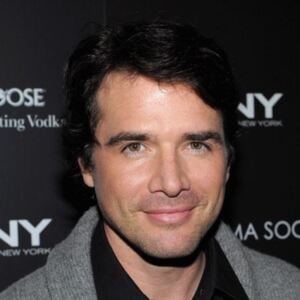