Salary: As one of the industry's biggest stars and biggest box office draws, Matthew can command $15-20 million for a major motion picture film role today. That's a big jump from the $48,500 he earned from 1994's Angels in the Outfield.

In 2008 he famously turned down what would have been a then-career-high $15 million to appear in a reboot film version of Magnum P.I. He was also offered 15% of the backend which, had the movie been a blockbuster, could have resulted in tens of million in additional earnings. Matthew famously turned the offer down and set himself on a path to re-set his career.

One of the most important steps in that career re-set was accepting under $200,000 to star in 2013's Dallas Buyers Club which would eventually earn him an Oscar.

Outside of films, Matthew earns millions every year from endorsement deals, notably with car company Lincoln.

Early Life: Matthew David McConaughey was born on November 4th of 1969 in Uvalde, Texas. He was raised by his mother, a former kindergarten teacher, and his father, a businessman involved in the oil industry. McConaughey's parents divorced a total of two times throughout their lives and remarried each other three times. Matthew has two brothers.

While in high school, McConaughey lived in Australia for a year as part of an exchange program. After graduating from high school he attended U-T Austin. He eventually graduated from college in 1993, having earned a Bachelor of Science in radio, television, and film. Although McConaughey was initially interested in becoming a lawyer, he ultimately went into acting.

Career: McConaughey started out with roles in television commercials, but his big break came in 1993 with a supporting role in Dazed and Confused. The role immediately made him a fan-favorite, and his line "All right all right all right" has since become an iconic moment in pop culture.

McConaughey followed up with smaller, supporting roles in films such as Angels in the Outfield, Texas Chainsaw Massacre: The Next Generation, and Boys on the Side. He also appeared in the TV series Unsolved Mysteries. His breakthrough role as a leading man came in 1996 with A Time To Kill. Although the legal drama received mixed reviews (but mostly positive), McConaughey's performance proved without a doubt that he was capable of carrying a major Hollywood blockbuster. A Time To Kill was a box office hit, generating over $152 million worldwide.

McConaughey finished the 90s with leading roles in more films, including Contact, Amistad, and EDtv. In 1998, McConaughey appeared in the film The Newton Boys. The film was about a group of brothers from Ulvade (McConaughey's birthplace) who became bank robbers. Although the film received moderately good reviews, it was a box office flop; generating just over $10 million on a $27 million budget. In the year 2000, McConaughey played the lead role in the WWII film U-571. Although the film was positively received by critics and raked in a solid return of $127 million at the box office, its serious historical inaccuracies were later exposed.

During the 2000s, McConaughey's work was dominated by romantic comedies. Throughout the decade, he appeared in films such as The Wedding Planner, Ghosts of Girlfriends Past, How to Lose a Guy in 10 Days, Fool's Gold, and Failure to Launch. Although all of the films were financially successful, they generally received negative reviews – perhaps with the exception of How to Love a Guy in 10 Days. McConaughey later expressed a disliking for the romantic comedy genre.

However, during the decade McConaughey also found time for plenty of other projects. In 2002, he starred alongside Christian Bale in the film Reign of Fire. In the film, McConaughey plays a futuristic dragon hunter in an apocalyptic vision of Britain's future. He also appeared in other dramatic films such as Sahara, Two for the Money, and We Are Marshall. Towards the end of the decade, McConaughey appeared in a hilarious role as a talent agent in Tropic Thunder. 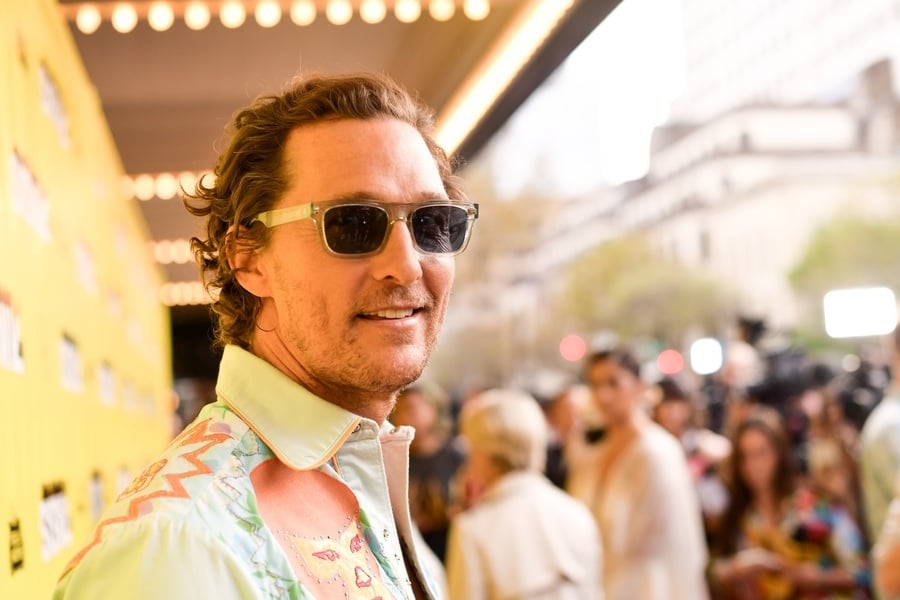 In 2012, McConaughey appeared alongside Channing Tatum in Magic Mike. He then made an appearance in the critically acclaimed dark comedy Bernie before landing the lead role in Dallas Buyers Club in 2013. The film won McConaughey universal praise, and he took home several awards and honors as a result of his performance. In the film, McConaughey plays a cowboy diagnosed with AIDS. He followed up with a supporting role in 2014's hit film The Wolf of Wall Street. That year, he also started appearing in the television series True Detective.

2014 was a busy year for McConaughey. He also appeared in the psychological sci-fi thriller Interstellar. 2015 saw McConaughey appear in the film The Sea of Trees, and in 2016 he starred in Free State of Jones and Gold. In 2017, he starred in The Dark Tower, a film that received negative reviews. He fared slightly better with a supporting role in 2018's White Boy Rick. Critics once again demolished McConaughey's next film, 2019's Serenity. However, McConaughey received universal praise for his role as a stoner in Beach Bum, even though the film itself was seen as a failure.

Awards: Matthew McConaughey has won several awards and honors over the course of his acting career. In 2006, he won a People's Choice Award for his role in Sahara. In 2014, McConaughey won a number of awards for his role in Dallas Buyers Club, including an Academy Award for Best Actor, a Critics Choice Movie Award, a Golden Globe Award, and an Independent Spirit Award. That year, he also won a Critics Choice Television Award for his work on True Detective. Finally, McConaughey rounded off 2014 with his own star on the Hollywood Walk of Fame.

Charity Work: Over the years, Matthew McConaughey has become very involved in charity work. He started the Just Keep Livin' foundation, which encourages children and young adults to make healthy choices in their lives. He also helped rescue several pets who became stranded during the aftermath of Hurricane Katrina.

Personal Life: In 2006, McConaughey met his future wife, Camila Alves. Alves is a Brazilian-American model and fashion designer. In 2012, the couple was married. McConaughey and Alves have three children together, and the family currently lives in Austin, Texas. McConaughey is a Christian, and his wedding was a Catholic ceremony.

McConaughey is also an avid sports fan. His favorite team is the Washington Redskins, and he also supports the Texas Longhorns. In addition, McConaughey is a minority owner of Austin FC, a team in Major League Soccer (MLS).

In 2019. Matthew McConaughey officially became a professor of practice at his old university, U-T Austin. McConaughey had previously served as a visiting instructor since 2015 for their radio-television-film department.

Real Estate: In 2007 Matthew paid $10 million for a home in the Point Dume area of Malibu, California. He sold the home, in an off-market deal, to film producer/director Phil Lord for $15 million in July 2020. He still maintains several Airstream trailers in a nearby upscale mobile home park and has long-owned a 10,000 square-foot mansion in Austin, Texas. 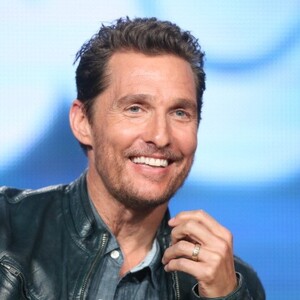