What is Matthew Macfadyen's Net Worth?

Matthew Macfadyen is an English actor who has a net worth of $5 million. He is perhaps best known for starring in the HBO series "Succession" along with Jeremy Strong and a star-studded cast. Thanks to this performance, he won a Primetime Emmy Award for Best Supporting Actor in a Drama Series. Macfadyen is also known for his film work, having played the role of Mr. Darcy in the 2005 film "Pride & Prejudice." His other notable films include "Frost/Nixon" and "Death at a Funeral." Matthew has been extremely active in British television as well, having booked roles in series like "Ripper Street" and "Criminal Justice." For the latter series, he was given a British Academy Television Award for Best Supporting Actor.

David Matthew Macfadyen was born on October 17th of 1974 in Great Yarmouth, Norfolk, England. His mother was a drama teacher and former actress, while his father was an oil executive. Raised in a family with Welsh and Scottish roots, David grew up in places like Jakarta, Indonesia due to his father's frequent travel for work. That being said, Macfadyen also attended schools in England and Scotland, eventually finding himself enrolled in the Royal Academy of Dramatic Art at the age of 17. During his time in this prestigious acting school, he honed his talents before focusing on theatre work.

After a three-year stint at RADA which ended in 1995, Macfadyen worked extensively with the British theatre company Cheek by Jowl. During this period, he performed in plays such as "The Duchess of Malfi," "The School for Scandal," and "Much Ado About Nothing." Over the next few years, he worked with the Royal National Theatre, playing roles in "Henry IV" (parts one and two) before joining the cast of the play "The Pain and the Itch."

During this time, Matthew was also exploring opportunities in television. His TV debut came with "Wuthering Heights" in 1998. Over the next few years, he appeared in TV dramas like "Warriors" and "The Way We Live." These starring roles allowed him to explore further opportunities in shows like "Perfect Strangers" by the turn of the millennium. In 2002, he followed up with "The Project." That year, he also booked a role in "Spooks" and reprised this role in the second and third seasons (although he departed after the second episode of season three). This series was later given the title "MI-5" when it aired on the A&E Network. In 2007, Macfadyen continued his TV career with "Secret Life," winning a Best Actor award at the Royal Television Society that year. He was also nominated for a BAFTA for this role.

Although Matthew was experiencing considerable success in television, he was also exploring various opportunities in film. His film debut came with 2000's "Maybe Baby," but he first gained recognition for a more notable role in 2001's "Enigma." After further film roles throughout the early 2000s – including "In My Father's Den" – he booked a career-defining role as Mr. Darcy in 2005's "Price and Prejudice." The film was a box office hit with earnings of almost $122 million on a budget of $28 million. It also received widespread critical praise, with Macfadyen being nominated for a British Newcomer of the Year award at the London Film Critics' Circle.

Throughout the next few years, Macfadyen became known for roles in movies like "Death at a Funeral," "Incendiary," and "Frost/Nixon." The latter role saw him playing John Birt. After playing the lead role in a BBC adaptation of "Little Dorrit," he joined Helena Bonham Carter in "Enid." In 2010, he played the iconic role of the Sheriff of Nottingham in "Robin Hood." He then followed up with the TV serial "The Pillars of the Earth" before joining the cast of "Any Human Heart." To wrap up the 2010s, Matthew won a British Academy Television Award for Best Supporting Actor in recognition for his performance on "Criminal Justice." 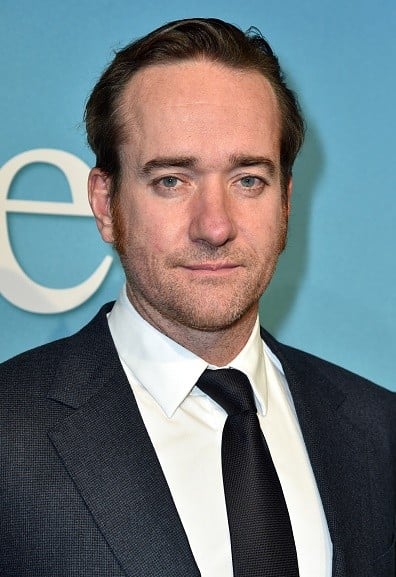 After one last cameo in "Spooks," Macfadyen joined the cast of the film "Anna Karenina." That same year in 2012, he started playing another career-defining role in "Ripper Street," portraying Edmund Reid. Over the next few years, Matthew returned to theatre work with "Jeeves and Wooster in Perfect Nonsense," which was performed in London's West End. This play won the Olivier Award in 2014 for Best New Comedy. In 2015, it was announced that Amazon had approved "Ripper Street" for its fourth and fifth seasons. That year, he also booked a guest-starring role in the pilot of "The Last Kingdom," which later went on to enjoy several seasons.

In 2020, he appeared in the three-part TV drama "Quiz," which is based on a 2001 cheating scandal associated with "Who Wants to Be a Millionaire."

In 2018, Macfadyen joined the cast of "Succession." This proved to be another major step forward for his career, and it resulted in considerable exposure in the United States. This role also earned him a Primetime Emmy Award nomination. In one interview, Matthew talked about how it was "alarming" how quickly he became used to the series' opulent shooting locations, such as lavish hotels and superyachts.

Matthew continued to star in "Succession" over the next few years while exploring various additional acting opportunities.

While on the set of "Spooks," Macfadyen met co-star Keeley Hawes. The pair were eventually married and had two children together.