What is Matthew Lillard's Net Worth?

Matthew Lillard is an American actor and producer who has a net worth of $2 million. Lillard became highly active in the 90s, working on movies such as "Serial Mom," "Hackers," and "Scream." He also won widespread critical praise for his role in 1998's "SLC Punk!" Roles such as these helped put Matthew on the map, and they fueled a sustainable acting career well into the modern era. Today, he is probably best known among younger audiences as Shaggy from various "Scooby-Doo" films. He also serves as the voice of Shaggy in various Scooby-Doo animated projects.

Although Lillard established himself as a comedic actor at the beginning of his career, he later gravitated towards a number of more dramatic roles. These more serious roles came with movies like "The Descendants," "Trouble with the Curve," and "Match." However, he continued to appear in comedic projects like "The Groomsmen" and "Without a Paddle" during the 2000s. In addition to his film work, he is known for appearing in series like "Good Girls." Outside of his acting career, Lillard has directed films like "Fat Kid Rules the World."

In May 2012, Matthew did an AMA (Ask Me Anything) interview on Reddit. A user asked him about his net worth and Lillard responded with the following:

"I have three kids and a moderate size house. I do what I love, I'm proud of my life, i wouldn't change it… but I'm not rich by any stretch of the imagination."

On the same Reddit thread Lillard stated that he was only paid $1,600 for one week of work on The Descendants.

Matthew Lyn Lillard was born on January 24th of 1970 in Lansing, Michigan. At a young age, he relocated to Tustin, California, where he was raised alongside a younger sister. After graduating from high school, he attended the American Academy of Dramatic Arts alongside fellow actor Paul Rudd. During this period, Matthew further honed his acting talents while attending the Circle in the Square Theatre School in New York City.

Immediately after graduating from high school, Lillard's acting career was already well underway. He hosted a skateboard variety show called "SK8-TV," and in the early 90s he began his film career with "Serial Mom." He followed this up with a central role in "Hackers," a coming-of-age cyber-thriller featuring a young Angelina Jolie and Johnny Lee Miller. When it was released in 1995, the film grossed almost $29 million on a budget of $6.5 million. This was seen as a commercial failure, and the film also received mixed reviews. Many criticized the unrealistic portrayal of hackers and computer technology, although the film has since become a cult classic that is adored by fans around the world.

More importantly, "Hackers" helped put Matthew Lillard on the map, and the role paved the way towards future success. He then booked a role as Stu Macher in the popular film "Scream," which grossed $173 million on a budget of about $15 million in 1996. Lillard then took on a starring role in the independent film "SLC Punk!," which received mixed reviews. However, critics praised Lillard's acting skills. 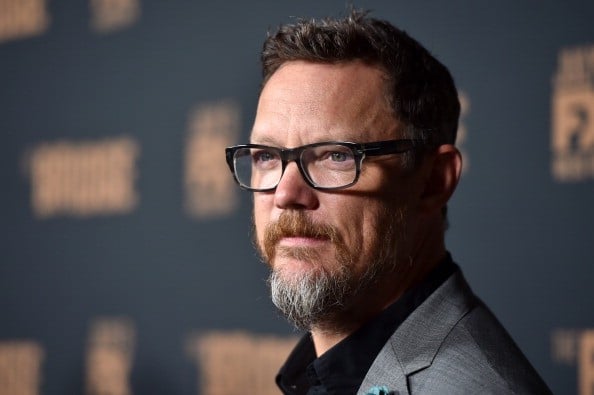 Matthew welcomed the new millennium with a role that would come to define his career. In 2002, he was cast as Shaggy in the live-action "Scooby-Doo" film. He then reprised his role once again in 2004. When the original voice of Shaggy (Casey Kasem) retired in 2009, Lillard was chosen as his replacement and subsequently voiced the character in a number of animated "Scooby-Doo" projects. Lillard also famously voiced the character of Shaggy in a crossover episode of "Supernatural." Somewhat controversially, he was not chosen to voice Shaggy in the 2020 CGI reboot "Scoob!"

During this period, Matthew also booked roles in various television series, such as "House." In 2011, he made his directorial debut with the film "Fat Kid Rules the World." The film was a success, having achieved a Rotten Tomatoes score of 83%. In the early part of the 2010s, Lillard booked a role in the film "The Descendants." In 2012, Lillard guest-starred in "Criminal Minds." He then played the role of Daniel Frye in the series "The Bridge." In 2017, Matthew starred as William Hastings in the third season of "Twin Peaks." In 2018, he booked a role in "Good Girls," playing Christina Hendricks' cheating husband.

In 2000, Matthew Lillard married his fiancee, Heather Helm. They have had three children together over the course of their relationship, and they live in Los Angeles together.

Lillard is well-known for his love of the roleplaying game "Dungeons and Dragons." In 2005, he participated in a D&D tournament in Hollywood. He has also played D&D as part of an online series called "Dice, Camera, Action," along with Christopher Perkins serving as the Dungeon Master.

In 1999, it was reported that Matthew Lillard had purchased a home in Los Angeles with his fiancee and future wife, Heather Helm. In 2010, it was reported that Matthew and his wife had purchased a home in Pasadena for $1.18 million. The residence features five bedrooms, 3,030 square feet of living space, and was originally constructed in 1930. Reports also suggest that Matthew and Heather Lillard have sold another home in Pasadena back in 2003 after originally purchasing it sometime in 2002. The home was worth $1.3 million back in 2002. In addition, it is reported that the Lillards continue to own a home in Alhambra, California that features two bedrooms. 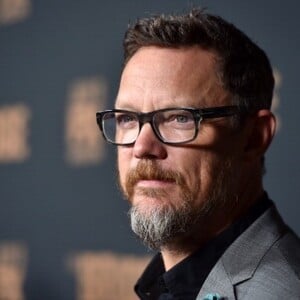