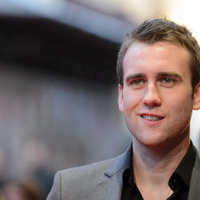 Matthew Lewis net worth: Matthew Lewis is an English film, television, and stage actor who has a net worth of $10 million. Matthew Lewis is best known for playing Neville Longbottom in the Harry Potter films. He was born on June 27, 1989 in Horsforth, England. He has been acting since he was five years old, and started off with minor parts in television programs. His debut was in a show called Some Kind of Life. When he was 11, he tried out for the part of Neville Longbottom and has portrayed the character in eight Harry Potter films. Matthew Lewis has also appeared in films such as The Sweet Shop, and a five-part TV series called The Syndicate. Lewis has recently been involved in two stage performances and in 2013, he also joined the cast of the comedy drama Blueston 42.He is a longtime fan of rugby and supports the rugby team, Leeds Rhinos and is the vice president of the Leeds Rugby Foundation charity. He has a tattoo of the number 11 on his right arm and has several articles of clothing that also contain the number 11 as he views this as a symbolic number in his life (it was also the year he was cast as Neville Longbottom).