What is Matthew Lawrence's Net Worth and Salary?

Matthew Lawrence is an American actor who has a net worth of $2 million dollars. Matthew Lawrence began his career as a child on the television series "Dynasty" and "Sara." He went on to appear on many sitcoms, including "Gimme a Break!," "Drexell's Class," "Walter & Emily," "Brotherly Love," and "Boy Meets World." Lawrence has also been in several films, including "Mrs. Doubtfire," "The Hot Chick," and "Trucker."  On the sitcom "Blossom" he played the younger version of his older brother Joey Lawrence's character. He also guest-starred on his older brother's hit series, "Melissa and Joey" which aired four season on ABC Family between 2010 and 2015.

Matthew Lawrence was born on February 11, 1980 in Abington Township, Pennsylvania to insurance broker Joseph and personnel manager Donna. He has an older brother named Joey and a younger brother named Andrew, both of whom are also actors. Growing up, Lawrence took classes at the independent Quaker institution Abington Friends School. He went on to study acting at HB Studio in New York City.

Lawrence landed his first acting role at the age of four, playing Danny Carrington in three episodes of the primetime soap opera "Dynasty." Following this, he had a bigger part as Jesse Webber on the short-lived NBC sitcom "Sara," starring Geena Davis, Alfre Woodard, and Bill Maher. Lawrence also appeared in an episode of "ABC Afterschool Special."

In 1986, Lawrence began a regular role in the sixth and final season of the NBC sitcom "Gimme a Break!" He played Matthew Donovan, the younger brother of Joey Donovan, played by his real-life older brother Joey. Lawrence followed this with the 1988 true crime television film "David," in which he starred as David Rothenberg, a child whose father attempted to burn and kill him. He was in a number of other television films after this, including "Wilfrid's Special Christmas," "Joshua's Heart," "The Summer My Father Grew Up," and "Daddy." Next, from 1991 to 1994, Lawrence appeared on another of his older brother's shows, the sitcom "Blossom"; he portrayed the younger version of his brother's character Joseph Russo. During this time, Lawrence also had main roles on two short-lived sitcoms, "Drexell's Class" and "Walter & Emily."

Lawrence had his biggest television role yet from 1994 to 1995, starring as musician Sam Collins and his alter-ego Servo on the series "Superhuman Samurai Syber-Squad." Around this time, he also appeared on the short-lived sitcom "Bringing Up Jack." Lawrence's next role was on the sitcom "Brotherly Love," on which he starred alongside his two real-life brothers Joey and Andrew. Following the show's conclusion in 1997, he was in the television film "Angels in the Endzone." The same year, Lawrence began playing the main role of Jack Hunter on the hit ABC sitcom "Boy Meets World," then in its fifth season. His other credits have included episodes of "CSI: Miami," "Boston Public," "Melissa & Joey," "Workaholics," "Girl Meets World," and "Hawaii Five-0." Lawrence also starred alongside his brothers in the Disney Channel Original Movies "Horse Sense" and "Jumping Ship." 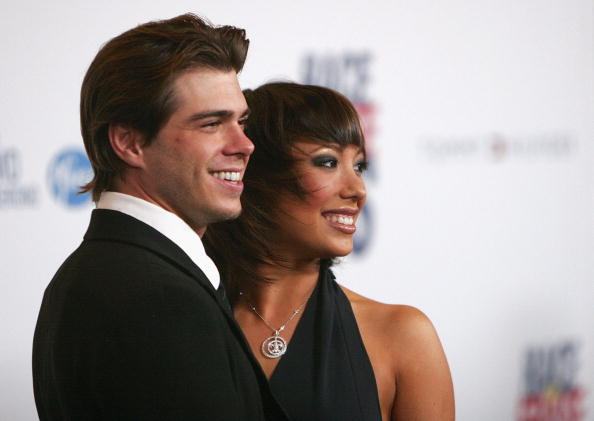 On the big screen, Lawrence first appeared as Neal Page Jr., the son of Steve Martin's character, in the 1987 John Hughes comedy "Planes, Trains and Automobiles." He was subsequently in the science-fiction horror film "Pulse" and the horror-comedy anthology "Tales from the Darkside: The Movie." In 1993, Lawrence had one of his most notable roles in the dramedy "Mrs. Doubtfire," playing one of three siblings who are being looked after by the eccentric title character. Later in the 90s, he appeared in the comedy "The Hairy Bird," and voiced the title character in the family film "Rusty: A Dog's Tale."

Lawrence began the new millennium with a leading role in the teen horror-comedy film "Boltneck," costarring Ryan Reynolds, Justin Walker, and Christine Lakin. He next starred in the comedy "Cheats," and had a supporting role in the Rob Schneider comedy "The Hot Chick." In 2007, Lawrence played quarterback Lance Truman in the satirical sports film "The Comebacks." The year after that, he appeared in a supporting role in the independent drama "Trucker," starring Nathan Fillion, Michelle Monaghan, and Benjamin Bratt. Lawrence's other film credits have included the drama "Fort McCoy" and the action film "Money Plane," which was directed by his brother Andrew.

As a singer, Lawrence made his debut performing with his brother Joey at the 1986 Macy's Thanksgiving Day Parade. He also sang in various episodes of his shows "Gimme a Break!," "Brotherly Love," and "Boy Meets World," as well as in the television film "Mistletoe Mixup." In 2017, Lawrence began a band with his brothers called Still Three; their debut single was entitled "Lose Myself."

From 2004 to 2006, Lawrence was engaged to actress Heidi Mueller. After breaking off the engagement, he started a relationship with dancer and model Cheryl Burke. The pair broke up in 2008, but later reunited in 2017 and got engaged in 2018. Lawrence and Burke eventually married in 2019. A few years later, they began divorce proceedings. 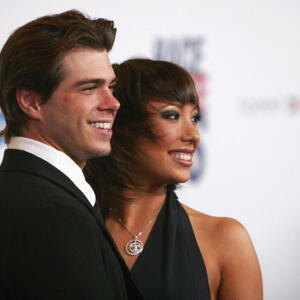