From 2002 to 2007 he had a recurring role as Brian Cammarata in the television series The Sopranos. From 2005 to 2006 he starred as Bram Howard in the TV series The West Wing. Del Negro starred as Ben Lewis in the series Beautiful People in 2006. From 2009 to 2010 he starred as Nick Hurley in the television series United States of Tara. From 2013 to 2014 Del Negro starred as Rafael McCall in the series Teen Wolf and as Jacob in the series Mistresses. Since 2014 he has starred as Michael in the TV series Scandal. He has starred in the movies Trailer Park of Terror, Celeste & Jesse Forever, Saving Lincoln, and Hot Pursuit. Del Negro has also appeared in episodes of the TV series Law & Order, NCIS, CSI: Miami, Medium, Parenthood, Rizzoli and Isles, Ringer, The Good Wife, Criminal Minds, CSI: Crime Scene Investigation, NCIS: Los Angeles, and Chicago Fire. 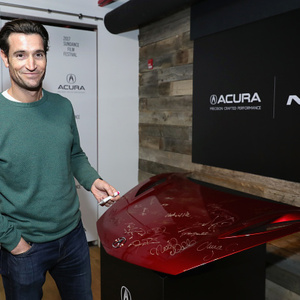