Matthew Davis Net Worth: Matthew Davis is an American actor who has a net worth of $2 million. Matthew Davis was born May 8, 1978 in Salt Lake City, Utah. Matthew is best known for his roles as Adam Hillman on the ABC comedy-drama What About Brian (2006-07) and Alaric Saltzman on The CW fantasy drama The Vampire Diaries.

He starred on the short-lived CW mystery and horror drama Cult as Jeff Sefton and had a recurring role on the CBS police drama CSI: Crime Scene Investigation as Sean Yeager. Looking to showcase his comedic abilities, Davis seemed right at home in his role as moneyed Harvard law student Warner Huntington III, the preppy boyfriend of Reese Witherspoon, in the comedy Legally Blonde (2001). After a number of roles in smaller films, Davis joined an ensemble cast for the New York City-based, Merchant-Ivory production Heights (2004), starring opposite Elizabeth Banks and Glenn Close. The following year, he threw himself into the action arena, first as Stephen Segal's FBI agent partner in the direct-to-DVD Yakuza showdown Into the Sun (2005), followed by a role alongside Kristanna Loken, Michael Madsen and Michelle Rodriguez in the video-game adaptation BloodRayne (2005), directed by Z-movie maestro Uwe Boll. After a couple of years of barely-seen efforts and the occasional TV guest spot, things picked up for Davis in 2009 when he appeared alongside Leelee Sobieski and Jamie Kennedy in the romantic-comedy Finding Bliss (2009) and in a role as a pastor in S. Darko (2009), a sequel to the Jake Gyllenhaal cult favorite. Matthew Davis also landed a recurring character in several episodes of the Glenn Close legal melodrama Damages. The biggest impact on Davis' career that year, however, came when he joined the cast of the supernatural soap opera The Vampire Diaries. 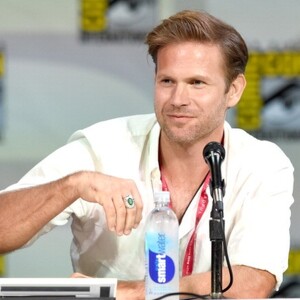