Matthew Daddario net worth and salary: Matthew Daddario is an American actor who has a net worth of $3 million. Matthew Daddario was born in New York City, New York in October 1987. In 2016 he starred as Alec Lightwood in the television series Shadowhunters: The Mortal Instruments. Daddario has also starred in the movies Breathe In, 36 Saints, Delivery Man, Growing Up and Other Lies, When the Game Stands Tall, Naomi and Ely's No Kiss List, and Cabin Fever.

He also directed, executive producer, and starred in the short The Last Hunt. Matthew's older sister is actress and model Alexandra Daddario. He graduated from Indian university Bloomington with a degree in business. From 2016 to 2019 Matthew played the lead role in the series Shadowhunters which aired 55 episodes on the Disney channel (and Netflix internationally). He received a number of nominations for his work on the show and ended up winning two Teen Choice awards. Matthew married Esther Kim in 2017. 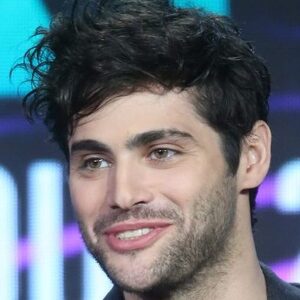