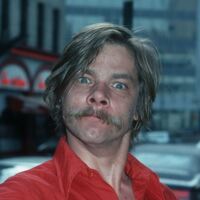 Matthew Cowles Net Worth: Matthew Cowles was an American actor and playwright who had a net worth of $10 million. Matthew Cowles was born in New York City, New York in September 1944 and passed away in May 2014. As an actor Cowles first starred in the movie Me, Natalie and the TV series N.Y.P.D. in 1969. From 1984 to 1990 he had a recurring role as Billy Clyde Tuggle in the series All My Children. In 1997 Cowles starred as Curtis Love in the soap opera the Bold and the Beautiful. He had recurring roles on the TV series Oz in 2003 and Life on Mars from 2008 to 2009. In 2013 he reprised the role of Billy Clyde Tuggle on All My Children. Cowles also starred in the films The Friends of Eddie Coyle, Slap Shot, The World According to Garp, The Money Pit, Stars and Bars, The Cowboy Way, The Juror, Nurse Betty, and Shutter Island. Cowles was nominated for two Daytime Emmy Awards and two Soap Opera Digest Awards. He also wrote the plays Mexican Standoff at Fat Squaw Springs, Our Daily Bread, and Noblesse Oblige. Matthew married actress Christine Baranski in 1983 and the couple had two daughters together. Matthew Cowles passed away on May 22, 2014 at 69 years old from congestive heart failure.